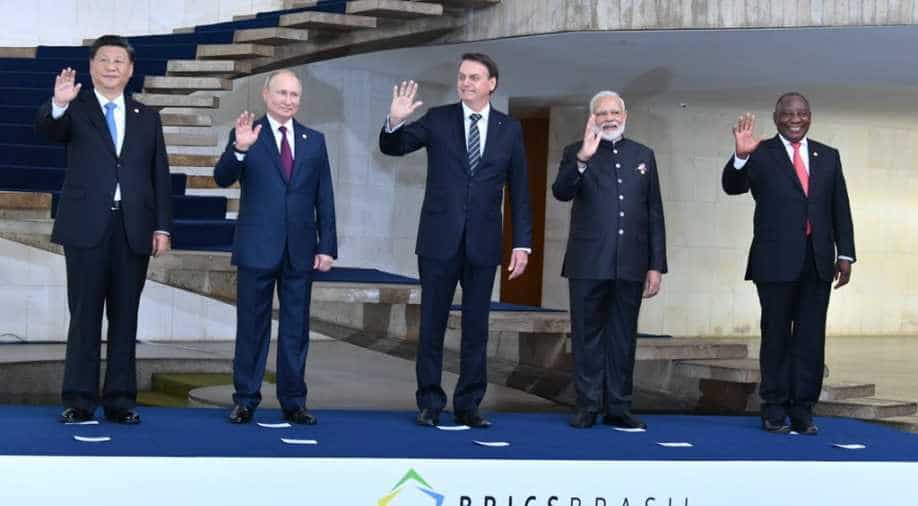 The joint statement came on the second day of the 11th BRICS Summit hosted by Brazilian President Jair Bolsonaro.

BRICS leaders vowed to overcome "challenges" facing multilateralism and called for an urgent need to reform multilateral organisations like United Nations and World Trade Organization (WTO) in the joint declaration released on Thursday.

The joint statement came on the second day of the 11th BRICS Summit hosted by Brazilian President Jair Bolsonaro.

"Trade tensions and policy uncertainty have taken a toll on confidence, trade, investment and growth," Bolsonaro said as he read out the declaration. "It is critical that all WTO members avoid unilateral and protectionist measures," he said.

He added that the BRICS nations reiterate the fundamental importance of a rules-based, transparent, non-discriminatory, open, free and inclusive international trade and reaffirm their commitment to helping overcome the significant challenges currently facing multilateralism.

The joint declaration also called on for an "urgent need" to strengthen and reform the multilateral system that includes organisations such as the UN, WTO, IMF, among others.

The statement also reaffirmed the need for a "comprehensive" reform of the UN, including the Security Council, in order to make it more "representative, effective, and efficient", and to increase the representation of democratic countries so that they can adequately respond to global challenge.

The BRICS leaders also agreed that a military solution to the conflict in Syria is not possible. They also reiterated their commitment to implement Paris climate agreement.

The 20-page document also expressed serious concern over persistent threats to international peace and security and committed to working for achieving lasting peace for everyone.

Earlier PM Narendra Modi addressed BRICS business forum where he said that BRICS nations contribute to half of the economic development of the world. PM Modi also urged the forum to create a roadmap to achieve the USD 500 billion intra-BRICS trade target.