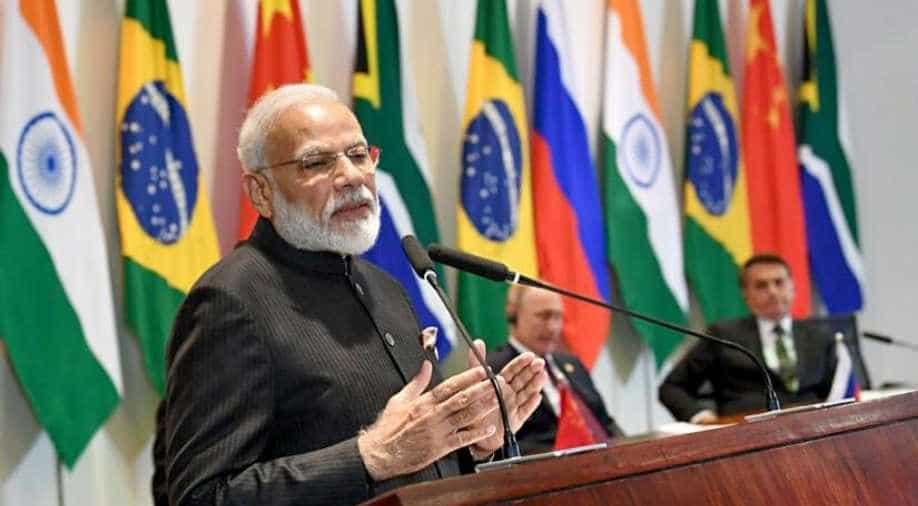 PM Modi urged the business leaders of the BRICS nations to invest in India, particularly in its infrastructure development.

Calling India a land of limitless opportunities, the prime minister urged the business leaders of the BRICS nations to invest in India, particularly in its infrastructure development.

"India is the world's most open and investment-friendly economy due to political stability, predictable policy and business-friendly reforms," Modi said.

“Tax and Customs procedures between us five countries are getting easier. The business environment is getting easier with the collaboration between Intellectual Property Rights, and Banks. I request the BRICS Business Forum to study the necessary business initiatives to take full advantage of the opportunities thus generated,” Modi said while speaking at the BRICS Business Forum here.

“Intra-BRICS business and investment targets should be ambitious. Your suggestions will be helpful to further reduce the cost of trade between us,” he told the forum.

He also urged the BRICS business leaders to identify the priority areas in business for the next ten years and make a blueprint of it.

According to the BRICS joint statement, the five countries look forward to the opening of the two remaining NDB Regional Offices in Russia and India in 2020.