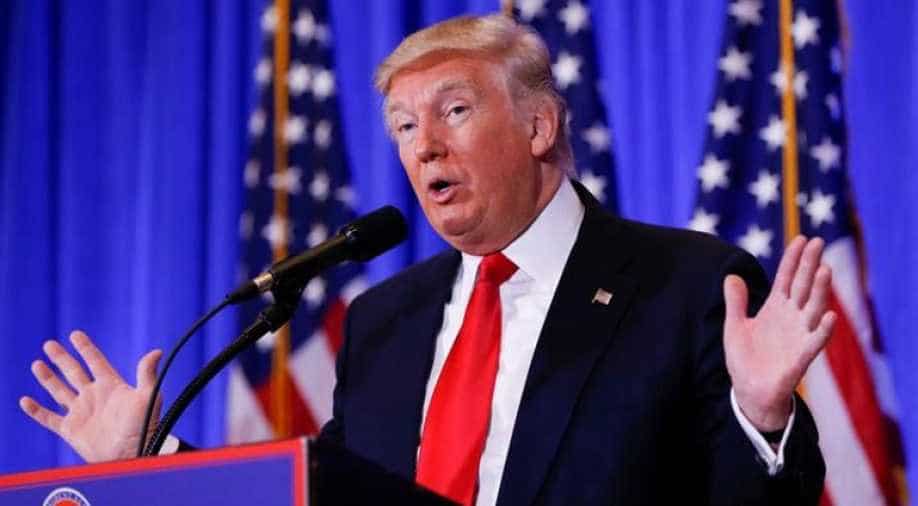 US President-elect Donald Trump said other countries would follow Britain out of the European Union Photograph:( Reuters )

US President-elect Donald Trump said that Brexit would turn out to be a great thing and other countries would follow Britain out of the European Union but promised to strike a swift bilateral trade deal with the United Kingdom.

Speaking in an interview with The Times of London newspaper five days before his inauguration, Trump described himself as a big fan of Britain and endorsed last year's vote to leave the European Union.

"I think Brexit is going to end up being a great thing," Trump said. "I’ll tell you, the fact that your pound sterling has gone down? Great. Because business is unbelievable in a lot of parts in the UK." The June 23 vote took many investors and chief executives by surprise, triggering the deepest political and financial turmoil in Britain since World War II and the biggest ever one-day fall in sterling against the dollar. Sterling has since fallen further against the US dollar as traders, businesses and investors fret about the type of relationship Britain will have with its biggest single trading partner after it leaves the European Union.

Trump's election campaign seized on the Brexit vote as an example of disillusioned voters rising up against the political establishment, and he forged a friendship with leading Brexit campaigner Nigel Farage - a fierce critic of Prime Minister Theresa May. Trump's election has raised questions over the future of the so-called 'special relationship' that has underpinned close British-American ties for decades. But in the Times interview Trump played up his ancestral ties to Britain, saying his Scottish mother was "so proud" of Queen Elizabeth, and said he was eager to get a trade deal done.

“We’re going to work very hard to get it done quickly and done properly. Good for both sides,” Trump said. “I will be meeting with May. She’s requesting a meeting and we’ll have a meeting right after I get into the White House. We’re going to get something done very quickly.”

However, he predicted that more countries would seek to follow Britain's example and quit the EU.

"I believe others will leave," he said. "If refugees keep pouring into different parts of Europe . . . I think it’s going to be very hard to keep it together because people are angry about it."

He singled out German Chancellor Angela Merkel - whose open-door policies have allowed about 1.1 million refugees from Syria, Iraq, Afghanistan and elsewhere into Germany since mid-2015 - calling her immigration policy a catastrophic mistake.