Breaking barriers: Four women of colour to command warships for US Navy 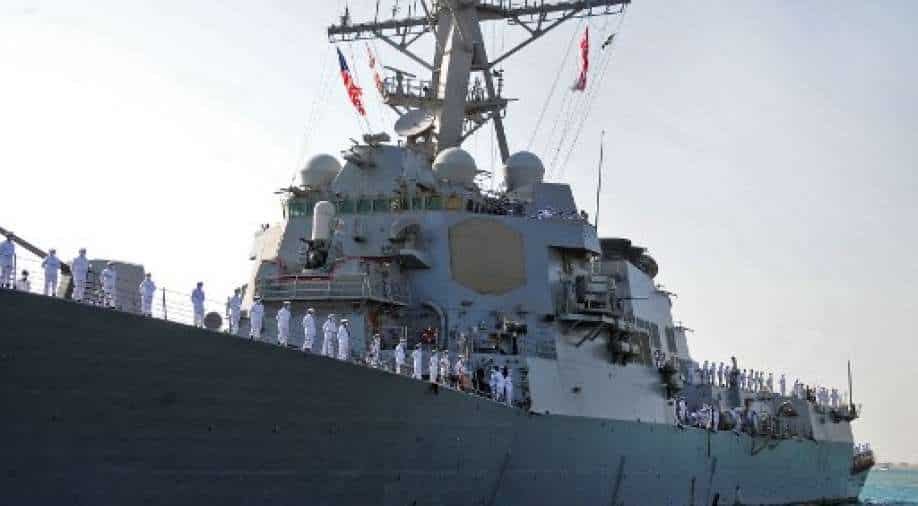 Kimberly Jones, LaDonna Simpson, Kristel O’Cañas and Kathryn Wijnaldum are the four officers who have been chosen for this job

This is the age of change and the US Navy is leading the way to racial and gender equality.

For the first time, four women of colour will be commanding warships for the US Navy officers, at the same time.

Kimberly Jones, LaDonna Simpson, Kristel O’Cañas, and Kathryn Wijnaldum have been chosen to break the barriers in the white, male-dominated field.

Based out of Norfolk Naval Station, in Virginia, the four women are “Nuclear Surface Warfare Officers”, which is sought to be an “extremely competitive” position to obtain in the US Navy.

The four women “have spent a considerable amount of their time serving aboard nuclear-powered aircraft carriers and in nuclear-related shore duty billets,” the US Navy said in a statement.

The US Navy “looks different in the fact that as an ensign, I looked around and at that time, there were not many senior female officers that I could necessarily go to for gender-specific questions,” said Kimberly Jones in an interview with People magazine.

“I may not have felt comfortable asking my male boss,” said Jones, who has been serving in the US Navy for the past 20 years. “Now, to their credit, they were phenomenal leaders. However, when it came time [for] some of those more intimate conversations on how to plan your career with a family, as a mom, that did not exist.”

“And I was overseas, so the population was slightly smaller. And now walking this waterfront, there are leaders, there are role models, at every rank...That is something that I hope ensigns, young sailors, gravitate towards and take advantage of,” she added.