'Brazil does not accept bribes': Bolsonaro slams Biden for offering help for Amazon 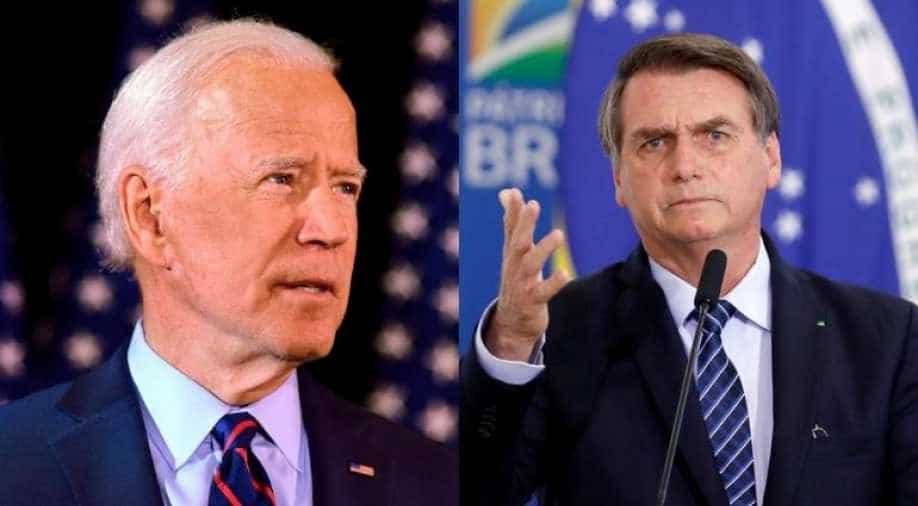 Ahead of the US elections, the Democratic candidate Joe Biden decided toallegedly woo the Brazilian President Jair Bolsonaro, who is an ally of the US President Donald Trump.

Biden had offered to pay up to US$20 billion to help save the depleting Amazon wildforests. The topic was initiated in the first Presidential debate that took place on Septmber 19 in Ohio. "Rainforests of Brazil are being torn down, are being ripped down," Biden  said during the segment on climate change.

He further added that if chosen would be "gathering up and making sure we had the countries of the world coming up with $20 billion to say 'here's $20 billion, stop tearing down the forest and if you don't, you are going to have significant economic consequences.'"

However, Bolsonaro slammed back at the offer and called it a 'bribe' and a shameful act. He took to Twitter to decline the offer and give a reply to the frontrunner.

"What some have not yet understood is that Brazil has changed. Today, its President, unlike the left, no longer accepts bribes, criminal demarcations or unfounded threats. OUR SOVEREIGNTY IS NON-NEGOTIABLE," he said in a series of tweets. (Text has been translated)

Bolsonaro openly condemned the statement by Biden and urged him to not act out of 'greedy' motives. "However, the explicit demonstration of this greed by someone who is running for the presidency of his country is a clear sign of contempt for cordial and fruitful coexistence between two sovereign nations."

He also hinted towards his friendship with the Presiden Donald Trump by mentioning his ongoing conversation with Trump. "US cooperation is welcome, including for sustainable investment projects that create decent jobs for the Amazonian population, as I have been talking to President Trump."

The Bolsonaro-led government has often clashed with the international media and western governments over protection and destruction of the Amazon forests.

People without vaccines will have lack of job options, warns Russia's Kremlin