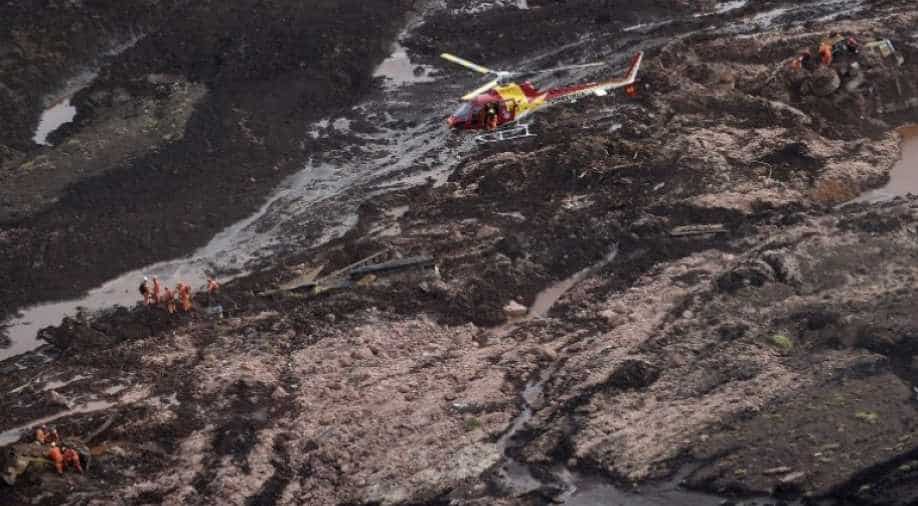 According to the civil defense authorities out of the 110 victims, 71 have been identified.

The death toll from the collapse of a tailings dam in Brazil's southeastern state of Minas Gerais has risen to 110, with 238 still listed as missing, the state civil defense authorities said on Thursday.

According to the civil defense authorities out of the 110 victims, 71 have been identified.

The dam collapsed on January 25th in Brumadinho Municipality of Minas Gerais and caused a mudslide, which destroyed offices of Vale company that operates a mine and a residential area in the vicinity. Now the affected area remains a dangerous zone, with normal life of local residents hard to be resumed within a short period of time.

At a service station where donated life supplies are piled, workers are on duty around the clock to make sure the affected residents can get the life necessities they need.

Luciano, as a resident representative of the mining area, are among the volunteers to help affected people at the station, from which his six-member family also fetches some daily necessities.

"When the dam collapsed, I happened to be on the balcony of my home. Two small explosions had occurred before. Two or three minutes later, the dam collapsed with large quantities of mud from the mining area surging out of the dam. I'd never seen such a situation, so I led my family members to a higher place," Luciano said in an interview with China Central Television.

Luciano said though all the family members are safe now, but the dangers are still near at hand.

"The whole area is dangerous. The dangerous section of the road as assessed by the Vale company is right here. They said here is the edge of the dangerous area and that there's no danger upward," said Luciano, pointing to the road.

Luciano said the Vale, in fact, has an alarm system, but it didn’t ring at that time, which caused so many people to be buried.

According to Fabio Schvartsman, CEO of Vale, the dam collapsed so suddenly that the buzzer was swallowed before making a sound. However, local residents still doubt his explanation.

As search and rescue goes on, disease prevention is also an emergency in the affected area.

"We are worried about what will happen next, which may bring about some diseases, such as field fever, dengue, acute intestinal infectious diseases and some other diseases caused by chemicals in the mining area. We will monitor the spot and take measures to handle the diseases," said Marcelo Ribeiro, assistant director of the Minas Gerais State Hospital Foundation (FHEMIG).