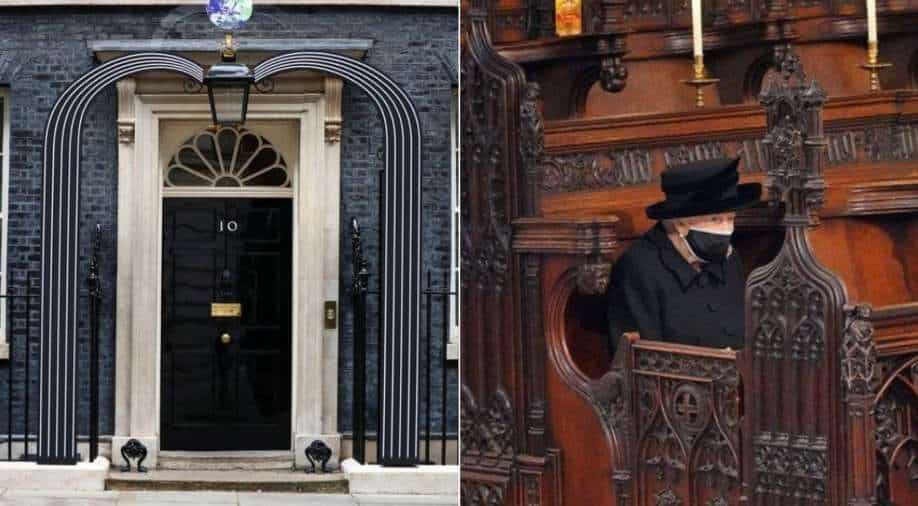 The parties were reportedly held during a time when the country was in a period of national mourning after Prince Philip's death. Photograph:( Reuters )

Amid growing criticism and public outrage, UK Prime Minister Boris Johnson had apologised for attending a party held in the Downing Street office during coronavirus (COVID-19) lockdown in May 2020.

Now, recent reports suggest that more parties were organised. Accusing the Downing Street staff, Telegraph reported two leaving parties or farewell parties were held in No 10 on the eve of the Duke of Edinburgh's funeral.

As per the report, the gatherings were up of around 30 people during the time when restrictions were imposed and indoor mixing was banned in different households in the UK.

Meanwhile, the media reports have confirmed that Johnson was not at either gathering.

ALSO READ | 'It was a forced apology': Netizens slam Boris Johnson for 'bring your own booze' party at Downing Street

The staff members are accused of bringing a suitcase "filled with bottles of wine" from a nearby shop.

As per the report, the parties were held between April 9 and April 17, a time when the country was in a period of national mourning after Queen Elizabeth's husband Prince Philip's death.

Reports mentioned that James Slack farewell party coincided with another gathering, which was happing in the No 10 basement. It was for PM Johnson's personal photographers.

Both the parties were merged later and continued past midnight in the No 10 garden.

ALSO READ | Rishi Sunak would be a better prime minister for UK than Boris Johnson: Poll

Boris has been facing criticism from not only the opposition leaders but also within his party as well. Conservative MP Roger Gale said it was now clear that Johnson had misled parliament. "Unfortunately what the prime minister has said today leaves people like me in an impossible situation," he told the BBC.

Leader of the main opposition Labour party Keir Starmer said that the public believed Johnson was "lying through his teeth". "The only question is will the British public kick him out, will his party kick him out, or will he do the decent thing and resign? The prime minister's a man without shame," Starmer added.