A picture taken at the French National Institute of Agricultural Research (INRA) in Maison-Alfort, on July 20, 2016 shows ticks, whose bite can transmit the Lyme disease. Photograph:( AFP )

Given the constraints in place due to the coronavirus pandemic, hospitals are already on edge. With mutant ticks in the picture, the healthcare system could go for a toss.

According to official government papers, the region has recorded a surge in the number of tick bites recently.

In Serbia alone, the prevalence of ticks has multiplied 428 times, the Daily Mail first reported.

The details were divulged by the Russian Defence Ministry’s own newspaper, Zvezda. “Mutant ticks are attacking - this is not a tabloid headline but a fact”, the newspaper stated.

These mutants of “arachnid” are very dangerous and can go further than just spread Lyme disease, and is one of the two usual kinds of ticks found in the region. Lyme disease attacks the joints, heart, and the nervous system. A flask containing two ticks is pictured in the laboratory of the INRA (Institut National de la Recherche Agronomique) which constitutes a "tiquothèque" to study its geographical distribution, the presence of disease, the development of the Lyme disease on September 28, 2018 in Champenoux, eastern France | AFP

In the sparsely populated Siberian regions where the ticks have shown up, hospitals are already running low on vaccines and supplies like medicines to treat tick bites in humans.

Besides that, more supplies needed to treat the diseases caused by ticks are also running low. The ticks can also cause encephalitis which causes the brain to inflame, and was responsible for 150,000 deaths in 2015 alone.

Given the constraints in place due to the coronavirus pandemic, hospitals are already on edge. With mutant ticks in the picture, the healthcare system could go for a toss.

In Central Russia’s Krasnoyarsk region, over 8,215 tick bites have been reported, with over 2,125 in children alone. The suburban areas have 214 ticks per square kilometre, way above the safe figure of 0.5. 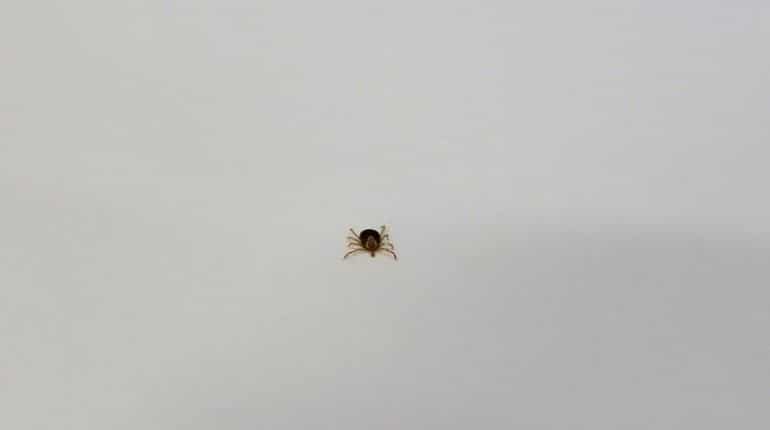 Detail of a tick over a paper sheet, at the molecular centre of Butantan Institute, in Sao Paulo, Brazil, on August 25, 2009 | AFP

Once ticks find their way onto humans, they bite and suck on human blood, which then infects the body. Many attribute this surge in ticks to the mild winter.

A mutant tick, combining the capabilities of both parent species, can launch more fatal attacks on the human body.

The area of Novosibirsk has witnessed a 150 per cent increase in tick-related cases. Due to this, 22 people have been diagnosed with encephalitis.

With the whole focus set on containing coronavirus, many cities claim there are no stocks of immunoglobulin and the encephalitis vaccine to treat the victims.

US announces fresh arms package worth USD 775 mn for Ukraine