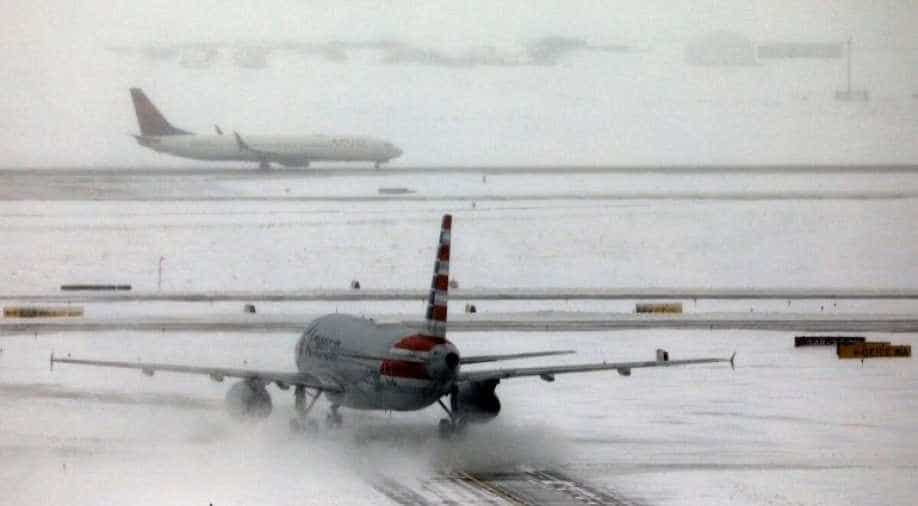 even inches of snow had fallen in Denver by early Tuesday morning, causing more than 460 flight cancellations

A blizzard sweeping through northeastern Colorado on Tuesday morning blocked roads and caused hundreds of flight cancellations, thwarting the Thanksgiving travel plans of some of the millions of Americans expected to fly or drive this week.

Seven inches of snow had fallen in Denver by early Tuesday morning, causing more than 460 flight cancellations, the Denver International Airport said on Twitter, and blizzard conditions were expected throughout the day as winds up to 72 km per hour in the eastern plains reduced visibility.

"This storm may be historic in the Fort Collins and Loveland areas where 20 inches or more of snow is expected. That would put the storm near the top five of all snow events there," a National Weather Service forecast said, referring to areas along Colorado's Front Range, some 50 miles (80 km) north of Denver.

Some 55 million travellers planned to fly or drive at least 80 km from their homes this Thanksgiving, according to the American Automobile Association, but the snow would likely alter those plans.

Video footage showed snowplows working through cloudy blizzard conditions to clear runways at Denver International Airport. Many airlines would resume flights later in the day, the airport said on Twitter.

"We just landed at the Denver Airport! Crazy conditions. Literally 0 visibility," tweeted Amber Kimbrell, a high school science teacher from Huntsville, Alabama, who posted a photo of a runway covered in white.

The blizzard was expected to drop an additional 5 to 10 inches from the Colorado Front Range on Tuesday and would lighten later in the afternoon as the storm moved northeast, the weather service said. Several interstate roads were closed, and the weather service warned travel could become impossible on rural roads and unplowed city streets.

Denver metro area schools and many stores were closed but some grocery stores, already stocked in preparation for Thanksgiving shoppers, were ready for a deluge of customers.

Lines were manageable at Safeway in Denver early Tuesday morning as more than a half-foot of snow accumulated outside.

"So far so good; it doesn't seem to be impacting us much," Phil Vanderlaan, a cashier, said by phone. "Probably later throughout the day it might."

A stronger storm was expected to hit northern California and Oregon by Tuesday night, the weather service said, which may drop 1 to 3 feet of snow across California mountain ranges.