Biden orders US commercial airlines to help in Afghan evacuation 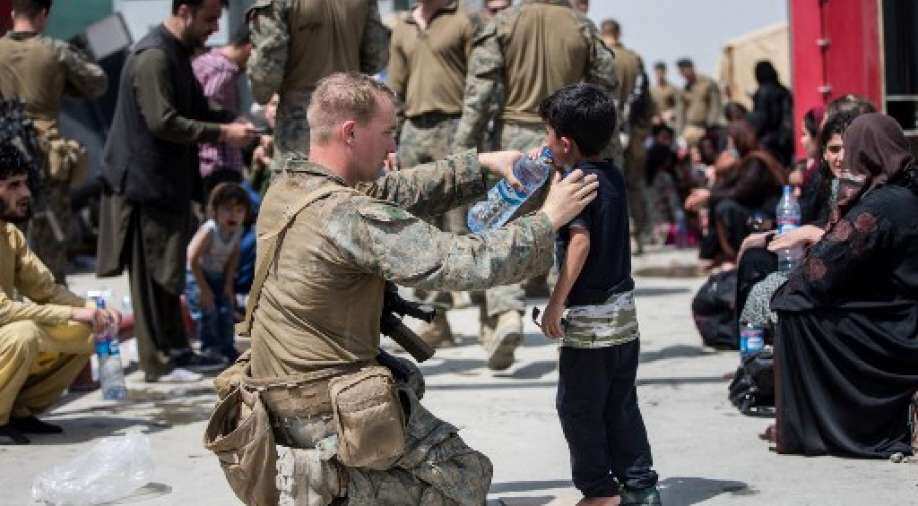 A US Marine provides fresh water to a child during an evacuation at Hamid Karzai International Airport in Kabul Photograph:( AFP )

The Biden administration has ordered six civilian aircraft to speed up the evacuation process calling in  Delta, American Airlines, Atlas, Omni, Hawaiian and United Airlines to help US citizens and other personnel to leave the airport in limited time.

President Joe Biden while speaking on the ongoing evacuation of US personnel from Kabul airport said that it has to be done amid "pain, loss" and "heartbreaking images".

"There is no way to evacuate this many people without pain and loss and heartbreaking images you see," the Biden said, adding that he hopes it will not extend over the August 31 deadline.

The evacuation process has been hampered with thousands of Afghans at the airport clamouring to get out of the country to escape the Taliban rule. On Sunday, at least seven people died as people continued to pour into Hamid Karzai international airport.

"We know that terrorists may seek to exploit the situation," the US president said, adding, "It's still a dangerous operation."

According to the US president, at least 15,000 Americans need to fly out of Afghanistan along with 50,000 Afghans including interpreters who helped the US army in the last 20 years during the fight against the Taliban.

The US government has accelerated the evacuation process with 23 military flights on Sunday airlifting 3,900 people with coalition partners also joining the operation on a mass scale.

"We have a long way to go and a lot could still go wrong," Biden said. However, the Taliban blamed the Americans saying it "failed to bring order to the airport".

Biden said at least 28,000 people have been flown out of Kabul since last Sunday as the Taliban took control of the capital.