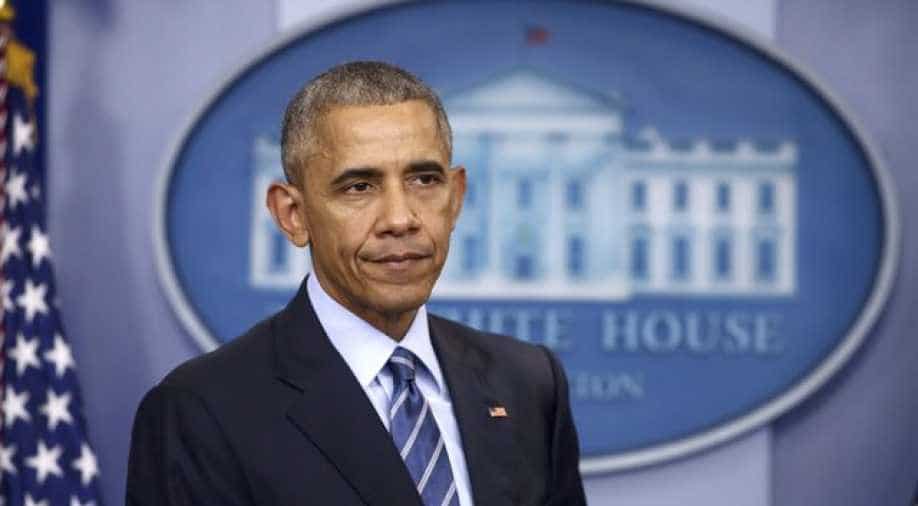 This was Obama's last press conference of the year as he heads for the traditional Christmas vacation. Photograph:( Reuters )

Former US vice-president and Democratic candidate Joe Biden has said that he could nominate ex-President Obama for the Supreme Court if he wins the US polls in 2020.

Biden was vice-president during former president Obama's two terms. A poll has put Biden as still being a frontrunner in the presidential polls, although with the late entry of Micahel Blomberg in the race it may change.

In recent days, the former US vice-president had also said that he may consider US Senator Kamala Harris as his running mate after she pulled out of the presidential race while adding that she could also become a Supreme Court judge.

Harris, 55, was considered as a prime contender in the Democratic presidential field but as her poll numbers dipped the Democrat pulled out.

Biden who figures prominently in the current impeachment row which led the US Congress to start proceedings against Trump has called for the US president's indictment.

The Democratic-led House of Representatives had opened impeachment proceedings against Trump on September 24 over a phone call he had with Ukrainian President Volodymyr Zelenskiy on July 25 in which he asked Zelinskiy to investigate Biden and his businessman son, Hunter Biden.

The US House of Representatives has already impeached Trump with Senate set to decide in the new year.