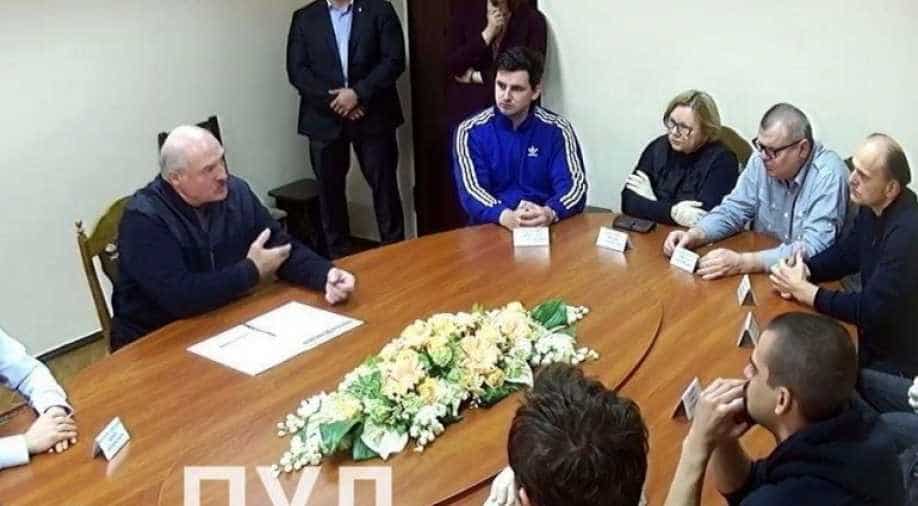 The table was decorated with flowers, and everyone had a name card in front of them — except the President

The news broke out when a pro-Lukashenko channel published a picture of the leader sitting at a decorated table with eleven other people who were casually-dressed.

While the picture surfaced on social media and local news channels, Babariko's spokesman, Gleb German, said he couldn't confirm the picture, even though it looked genuine. "Everyone is processing this information now," he said.

Others in the picture include Liliya Vlasova, a lawyer who is a member of the opposition's Coordination Council set up to ensure a peaceful transfer of power, and Vitali Shkliarov, a Belarusian-US strategist who worked on US Senator Bernie Sanders' presidential campaign and advised the Russian opposition.

The table was decorated with flowers, and everyone had a name card in front of them — except the President. The only woman seen at the table was a member of opposition coordination council, lawyer Lilia Vlasova, who was detained in late August.

"I am trying to convince not only your supporters but the whole of society that one needs to look at things more broadly," he said in a video snippet.

The visit has come months after the country has been observing continuous protests against the President for allegedly rigging the elections to take a free win for his sixth term in the office.

As per the local media reports, the President discussed about proposed changes in the country's constitution. "The constitution can`t be written in the street," Belta quoted the president as saying.

However, this picture has still not been confirmed to be authentic by the international agencies or the government and their rivals.