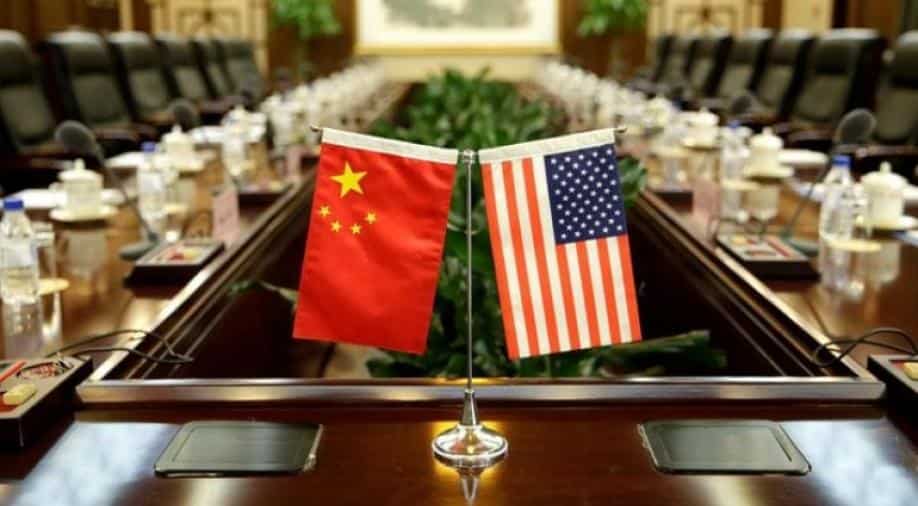 In new guidance to local governments, Beijing has dropped references to "Made in China 2025", an initiative intended to help China catch up with global rivals in key economic areas and promoted hard since it was unveiled in 2015.

Beijing appears to be easing its push on its "Made in China 2025" industrial policy, which has long irked Washington amid talks between the world's two largest economies to de-escalate trade tensions.

In new guidance to local governments, it has dropped references to "Made in China 2025", an initiative intended to help China catch up with global rivals in key economic areas and promoted hard since it was unveiled in 2015.

The strategy is core to China's aim to transform itself into a global superpower by 2050 and be more competitive in sectors such as robotics, aerospace and clean-energy cars.

But its open efforts to deploy state support and resources to close a technology gap has provoked alarm in the West and blowback from the US administration.

In its 2016 guidance to local governments, the State Council, or cabinet, said local governments that promoted the implementation of "Made in China 2025" while encouraging industrial growth and manufacturing upgrading would be given priority support.

In its latest guidance reported by state media on Wednesday, references to "Made in China 2025" were omitted.

Local governments that have seen results in their promotion of stable industrial growth and upgrading will be given priority support, the state-backed China Information News said, citing a new document from the State Council.

US President Donald Trump and Chinese President Xi Jinping agreed at a December 1 meeting in Argentina to a truce that delayed by 90 days a planned January 1 US increase of tariffs to per cent from 10 per cent on $200 billion worth of Chinese goods.

The two sides are expected to negotiate over US demands for stronger Chinese protections for US intellectual property, an end to forced technology transfers and greater market access to China for US companies.

In the latest guidance to local governments, the State Council also called for more efforts to promote Chinese exports and attract foreign investment into the world's second-largest economy.

Beijing plans to replace the "Made in China 2025" initiative with a new one to play down China's bid to dominate manufacturing and will seek to be more open to participation by foreign companies, the Wall Street Journal reported on Wednesday, citing people briefed on the matter.

The new policy could be rolled out early next year, according to the Wall Street Journal report.

In its guidance to local governments, Beijing also tweaked its priorities to focus more on infrastructure and fighting water pollution while slowing efforts to reduce overcapacity in coal and steel industries.

New infrastructure projects should focus on the construction of roads and waterways.

China last week reported far weaker than expected November exports and imports due to slower global and domestic demand, raising the possibility that authorities will take more measures to keep the country's growth rate from slipping too much.

The State Council said it would give "further support to local governments that achieve outstanding work on some key policies."

One area that will no longer be rewarded with additional funds is the effort to curb overcapacity in China's bloated steel and coal sectors.

It suggests that China, the world's top steel and coal producer, has achieved its planned reduction in overcapacity in these sectors.

The State Council will also offer more support to cities, especially those that have relied on primary industries, to improve the environment. It specifically mentioned water pollution and efforts to clean up rural areas.

Beijing has been fighting to clean up the nation after years of breakneck economic growth took their toll on the environment, with its massive steel sector bearing the brunt of its vigorous campaign.