'Beginning an invasion': US imposes fresh sanctions against Russia 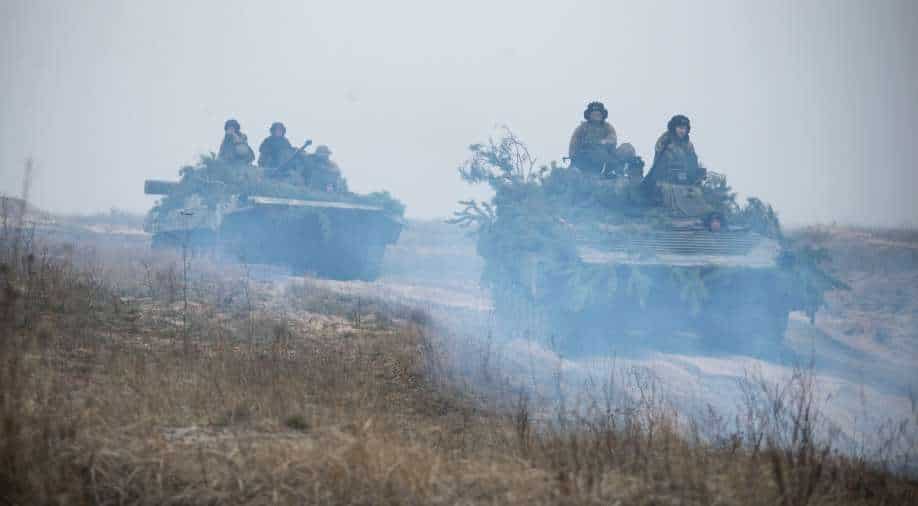 Germany announced halting of the Nord Stream 2 gas pipeline project with Russia as the UK and the European Union announced more sanctions against Russia.

US President Joe Biden imposed fresh sanctions on Russia while declaring that invasion of Ukraine had begun as Russian lawmakers gave Putin approval to deploy "peacekeepers" in two Ukrainian regions.

"There's no question that Russia is the aggressor, so we're clear eyed about the challenges we're facing," Biden said while adding that, "there is still time to avert the worst-case scenario that will bring untold suffering to millions of people."

Putin on Monday had declared that Russia will recognise Donetsk and Lugansk situated in eastern Ukraine as separate republics while declaring that the Minsk peace agreements on Ukraine's conflict no longer existed.

"The best solution would be if the current Kyiv authorities themselves refused to join NATO and maintained neutrality," Putin said as NATO chief Jens Stoltenberg said Russia "continues to plan for a full-scale attack on Ukraine."

Germany on Tuesday announced halting of the Nord Stream 2 gas pipeline project with Russia as the UK and the European Union announced more sanctions against Russia.

Also Read in Pics: How Putin built Russia's Army as a potent force

US Secretary of state Antony Blinken cancelled his meeting with Russian foreign minister Sergei Lavrov adding that "it does not make sense to go forward with that meeting" since "invasion is beginning and Russia has made clear its wholesale rejection of diplomacy".

Biden added that the US would continue to provide defensive weapons to Ukraine and reinforce NATO troops amid Russian threat of invasion on Ukraine.

Amid escalating tensions, reports said one Ukrainian soldier died in clashes on Tuesday in the separatist region of eastern Ukraine.