Bangladeshi American convicted on charge of trying to aid Taliban 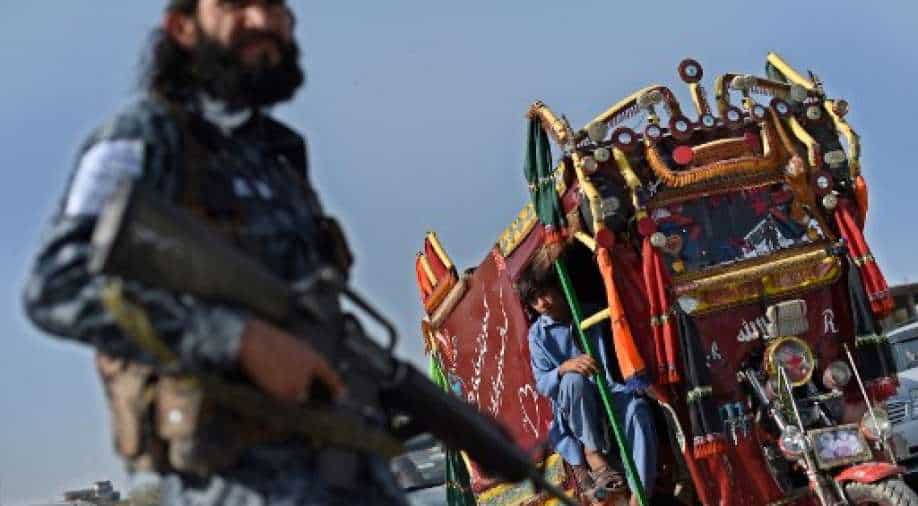 A jury in the New York federal court found Bangladeshi American Delowar Mohammed Hossain guilty of trying to contribute funds, goods and services to the Taliban as well as attempting to provide support for terrorism

Bangladeshi American Delowar Mohammed Hossain, who was stopped by US law enforcement as he was about to fly out to join the Taliban, has been convicted on charges of trying to help the terrorist organisation that now controls Afghanistan.

A jury in the New York federal court found him guilty on Friday of trying to contribute funds, goods and services to the Taliban as well as attempting to provide support for terrorism.

Hossain, 36, came to the US from Bangladesh and is now an American citizen.

He was arrested in 2019 as he was about to board a plane in New York bound for Thailand en route to Pakistan.

The complaint filed by officials said that he had planned to fly first to Thailand rather than directly to Pakistan in order to throw off suspicions about where he was headed.

A court allowed him last year to be detained at home as the COVID-19 pandemic swept the country.

The trial lasted about a week and the jury, a panel made up of ordinary citizens that render verdicts in the US, reached convicted him after deliberating for two days after the close of testimony and arguments.

At the time of his arrest, the Assistant Director-in-Charge of the Federal Bureau of Investigation's (FBI) New York office, William Sweeney, said: "The lure of radical ideologies comes from many sources, and just because the Taliban may seem like an old and out of vogue extremist group, it shouldn't be underestimated."

It has since become powerful enough to take over Afghanistan as the US withdrew its troops from there.

According to the complaint filed in a federal court, Hossain tried to recruit an FBI "confidential source" to travel with him to Pakistan and cross into Afghanistan to join the Taliban.

The complaint said that Hossain told the source he wanted to "fight the American government, and kill some kufars (non-believers) before I die".

He bought communication equipment and trekking gear for his mission and asked the source to save money to buy arms.

There have been several cases of people of Bangladeshi descent arrested on terrorism charges or convicted of terrorism-related offences.

A couple from Pennsylvania, Shahidul Gaffar and Nabila Khan, were sentenced last month after being convicted of conspiring to give material support to the Islamic State terror organisation.

Gaffar received a sentence of 18 months and Khan two years.

According to the prosecutors, Khan had her gold in Bangladesh sold to help a brother go to Syria to join the Islamic State (IS) terror group in 2015.

Gaffar sent money to enable another of her brothers to travel to Syria to enlist in the group in 2015. That brother was killed there in March 2019, according to prosecutors.

Akayed Ullah, a supporter of the IS, was sentenced to life in prison in April after having been convicted on terrorism charges.

He had been arrested in 2017 when a pipe bomb he was carrying exploded in a tunnel under Times Square in New York injuring him.

After his conviction he told the court he was not an IS supporter but was only angry with then-President Donald Trump.

Ashiqul Alam was arrested in June 2019 in connection with a plot to shoot up Times Square.

Rahatul Ashikim Khan was sentenced to 10 years in prison in 2015 after being convicted of aiding terrorist organisations. He had been "screening and recruiting potential foreign fighters located in the US to wage violent jihad in various locations overseas, including Somalia", according to federal prosecutors in Texas.

The terror groups he was involved with were the Taliban, al-Shabaab and the Islamic State.

Al Qaeda supporter Quazi Mohammad Rezwanul Ahsan Nafis was sentenced to years in prison in 2013 after being convicted in a failed plot to blow up the New York Federal Reserve Bank in 2012.

The attack failed because the undercover agent he had contacted gave him a fake bomb.