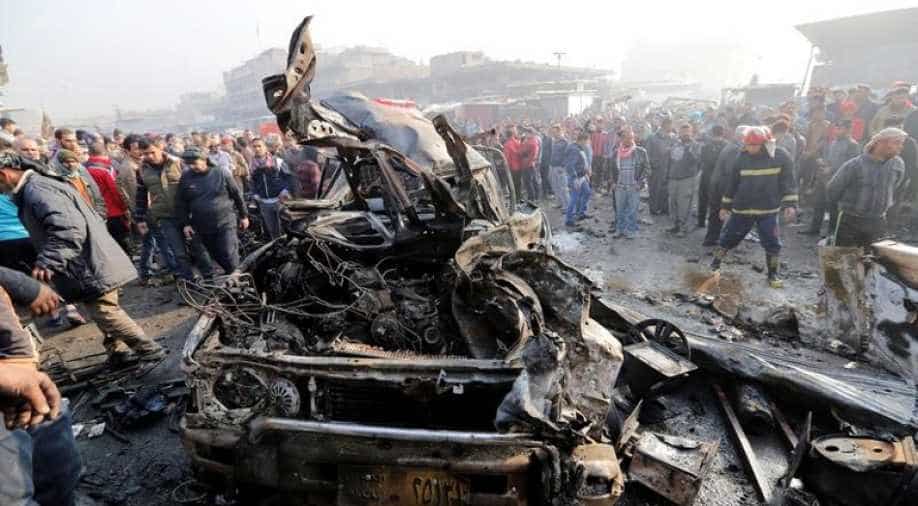 In just over a week, Baghdad and other cities have experienced series of blasts, many orchestrated by the Islamic State.? Photograph:( Reuters )

Two suicide bombings in Baghdad killed at least 20 people and wounded more than 50 people, police and medics said on Sunday.

The first blast struck eastern Baghdad's Shiite district of Jamila. An attacker drove an explosives-rigged car into a large vegetable market and detonated it after security forces opened fire to try to stop the vehicle, Reuters said.

The second explosion occurred a few hours later at a market in the mostly Shi'ite Baladiyat district.

Reuters reported that 13 people were killed in the first blast and seven in second.

The Islamic State claimed the first attack, saying in an online statement that a suicide car bomber had detonated his explosives in the Jamila area, Reuters reported.

Interior minister spokesman Saad Maan said, "A soldier at the gate of Jamila market opened fire on a suicide car bomb after noticing a suspect vehicle but the terrorist blew up his car," AFP reported.

In just over a week, Baghdad and other cities have experienced series of blasts, many orchestrated by the Islamic State. More than 80 people have died in the attacks.