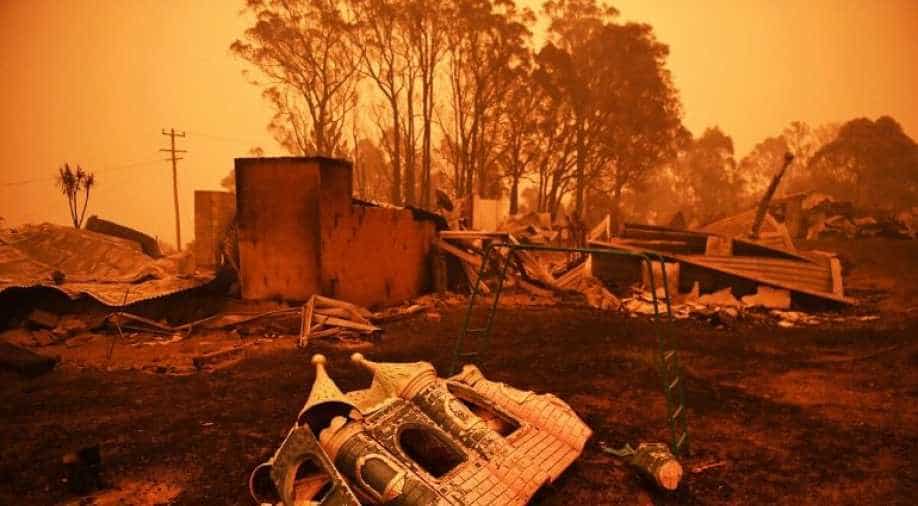 According to the Insurance Council of Australia, the damages are going to cost $485.59 million

Additionally, the Australian military today helped to bury 4,000 dead sheep and cattle to curtail diseases from spreading as the corpses rot.

The fires, that have been burning for months, have razed more than 8 million hectares of land across Australia. 25 people have been killed and thousands of homes destroyed.

According to the Insurance Council of Australia, the damages are going to cost $485.59 million. This figure is expected to jump further as fires continue to gain traction.

Scores of people have been rendered homeless, with disruption in electricity and telecommunications, and also drinking water.

Rescue efforts in tandem with the military are ongoing.

"There's going to be a very significant economic impact, but ... we want to get money out into these communities as fast as possible," Treasurer Josh Frydenberg told the Australian Broadcasting Corp before the planned meetings between Morrison and financial bosses take place, Reuters reported.

High temperatures and winds are expected to return later this week, which could, in turn, unleash a new arsenal of bushfires.

"They are trying to secure fire lines where they can to try and minimise where these fires will burn again when conditions do warm-up," Rob Rogers, NSW Rural Fire Service (RFS) Deputy Commissioner told reporters in a morning briefing, Reuters reported.

Bushfires have started to create a ripple effect on the economy. The gauge measuring consumer confidence in Australia fell to its lowest level in four years. Additionally, job advertisement data recorded the most drastic drop in seven months.