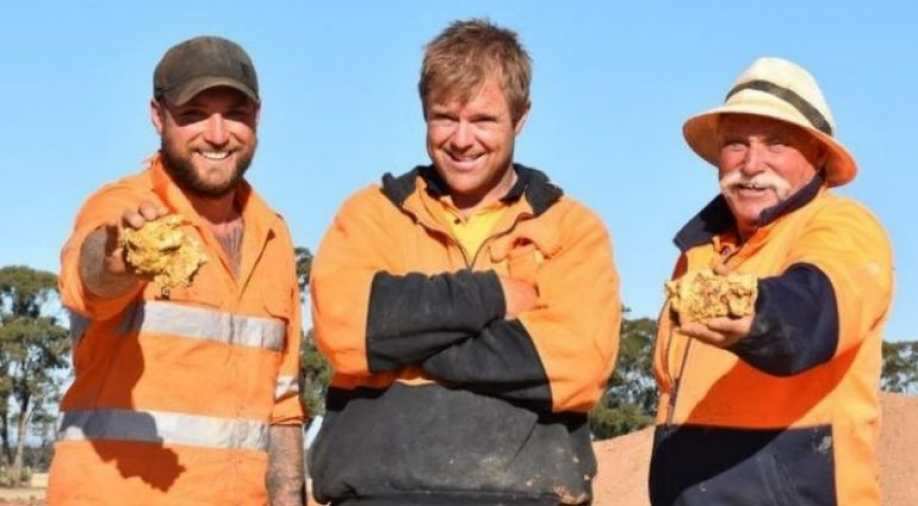 Two Australian men dug up two uggets but those weren't ordinary nuggets. These nuggets are worth nearly $250,000.

The nuggets are gold nuggets and have a combined weight of 3.5 kgs in a goldmining town Tarnagulla in Victoria state by miners Brent Shannon and Ethan West.

The two men have been digging up gold for the past four years and claim to have found thousands of such pieces.

"These are definitely one of the most significant finds," Ethan West said. "To have two large chunks in one day is quite amazing."

The gold nuggets were found within a couple of hours, with the help of Ethan West's dad on what they decribe as a "virgin ground, which means it's untouched and hasn't been mined."

The duo said they were not entriely sure but "I reckoned we were in for a chance," Brent Shannon said.

After finding the gold, the duo found fame when they got featured in a local TV show called 'Aussie Gold Hunters', which revolves around the plot of following teams of gold prospectors who dig in goldfields in remote parts of Australia.

Tarnagulla is a town that was itself found during the Victoria Gold Rush and was once known to be a very wealthy town.

Last year, too, an Australian man had found a gold nugget worth US$69,000 using a metal detector.