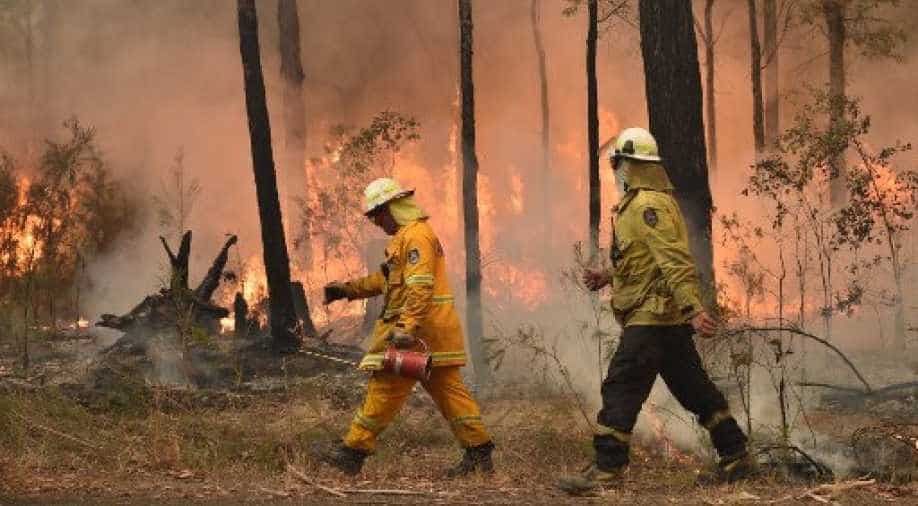 Australia has been experiencing its warmest summer, with temperatures soaring high enough to ensure the continued sustenance and expansion of the bushfires which started so many months ago.

Australian authorities on Wednesday sent out alerts and evacuation notices to residents of towns and communities across the states of Victoria and New South Wales, with weather reports suggesting a further increase in temperatures, thereby increasing the risk of bushfires.

Australia has been experiencing its warmest summer, with temperatures soaring high enough to ensure the continued sustenance and expansion of the bushfires which started so many months ago.

Victoria Emergency Services Minister Lisa Neville addressed a press conference, saying that that the fires are still moving, still growing and they further pose a significant risk to communities.

Also read: Australia: Over 10,000 camels to be culled in a bid to save water

According to sources, the Australian bushfires have rendered more than 10.3 million hectares of land in an utter state of destruction, with forest burnt down and structures reduced to mere rubble.

Australian Prime Minister Scott Morrison in another press conference earlier this week had warned that the fire may continue to burn for many more months to come.

PM Morrison also announced the dedication of $2 billion to the creation of a National Bushfire Recovery Fund, which will be used to coordinate national response to support families and society rebuild their communities and livelihoods affected by the inferno.