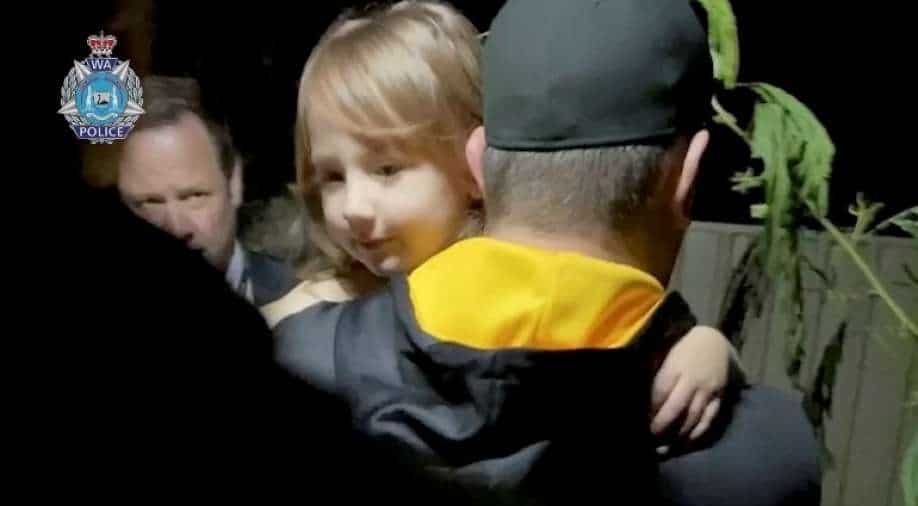 The 36-year-old man who had been in custody of the Australian Police over the disappearance of a four-year-old girl has been charged with abduction.

Cleo Smith was abducted on October 16 from her family’s tent at a campsite and a search mission had ben launched after her parents reported her missing. She was finally found after 18 days, and was handed over safely to her parents.

She was rescued by Detective Sergeant Cameron Blaine who found her in a locked house in Carnarvon — six minutes' drive away from the Smooth family’s home. The house was completely lighted and Cleo was sitting inside, playing with toys. However, she was still very alert and aware.

The 36-year-old man has now been charged with abduction. He had recently returned to the police station after being admitted to the hospital because he tried to harm himself in the police custody earlier. He was being questioned by the officers.

Meanwhile, the suspect has been charged a few hours after the Australian Police released the audio of the moment Cleo was rescued by the officers.

"My name is Cleo." pic.twitter.com/xiy59x4kjP

"My name is Cleo," the little girl can be heard saying in the audio released by the Australian Police from the time they had discovered Cleo.

"What a great day. We now have returned Cleo to her loving parents. It is a wonderful day for this little girl and her family," WA Commissioner Chris Dawson said in a separate televised press conference.

Experts will slowly start asking questions from Cleo to get to know the whole story and motive behind this abduction. However, officers have cautioned experts to be very careful while talking to Cleo, to ensure she is not mentally harmed during this process.