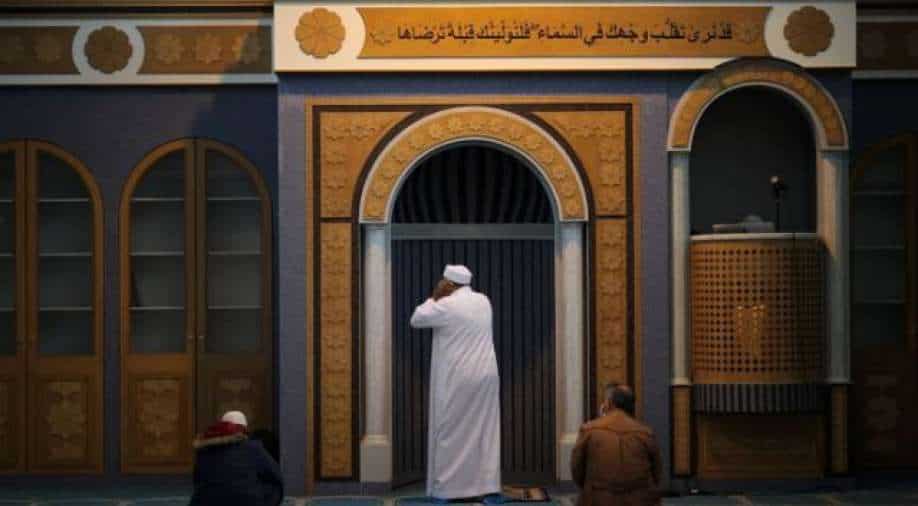 Hundreds of thousands of Muslims from countries including Pakistan, Syria, Afghanistan and Bangladesh live in Athens but the city has not had a formal mosque since it forced occupying Ottomans to leave nearly 200 years ago.

After years of delays caused by red tape, cutbacks and opposition from religious and political factions, the first government-funded mosque in Athens since 1833 opened its doors to worshippers on Friday.

Hundreds of thousands of Muslims from countries including Pakistan, Syria, Afghanistan and Bangladesh live in Athens but the city has not had a formal mosque since it forced occupying Ottomans to leave nearly 200 years ago.

Plans to build a mosque in Athens began in 1890 but it took decades for them to materialise due to opposition from a predominantly Christian Orthodox population and nationalists, sluggish bureaucracy but most recently a decade-long financial crisis.

Amid a coronavirus outbreak, only a limited number of worshippers, wearing masks and sitting at a distance from each other due to COVID-19 restrictions, attended prayers.

"It is a historic moment for the Muslim community living in Athens, we have been waiting for this mosque for so long," said Heider Ashir, a member of the mosque's governing council. "Thanks to God, finally, we have a mosque which is open and we can pray here freely."

But other Muslims were unhappy with the mosque's appearance. A grey, rectangular structure with no dome or minaret, has no resemblance to other graceful, ornate mosques in Europe.

"It does not at all look like a place of worship, it is a small, square, miserable building," said Naim El Ghandour, head of the Muslim Association of Greece. "We thank them very much for the offer, but we will fight to reach it to the level that we deserve."

Under a lockdown to curb a surge in COVID infections, gatherings for formal worshipping will be banned from Saturday until Nov. 30.

"We will pray at home, and as soon as the lockdown is over the mosque will again be open for the worshippers," Ashir said.