At stake is not winning some stupid blame game: Tusk to PM Johnson on Brexit 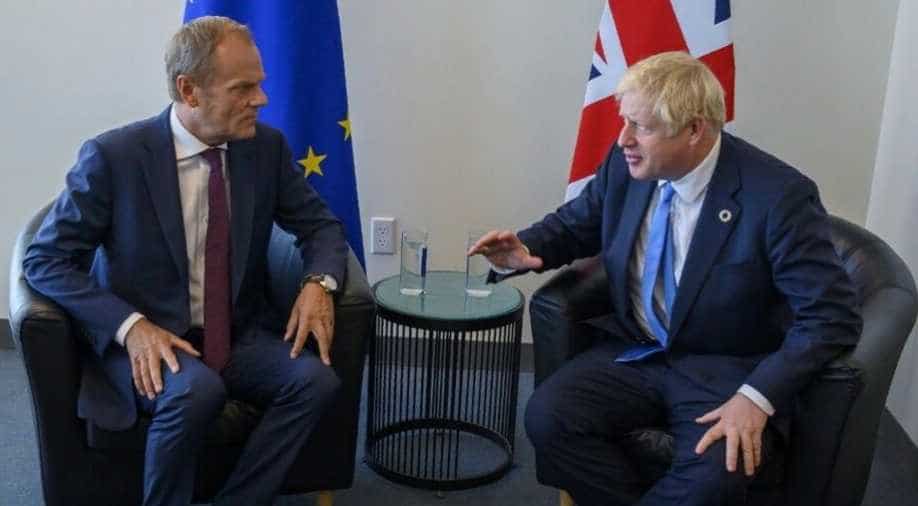 EU Council president Donald Tusk lashed out at British Prime Minister Boris Johnson on Tuesday warning him not to play "some stupid blame game" over Brexit.

"PM Johnson what’s at stake is not winning some stupid blame game. At stake is the future of Europe and the UK as well as the security and interests of our people," the EU Council president said on Twitter, adding, "you don’t want a deal, you don’t want an extension, you don’t want to revoke, quo vadis?"

In the final Brexit proposal last week, British PM Johnson had said that he would leave the European Union(EU) on October 31, the deadline set by the European body for Britain's exit from the common market.

"Technical talks are continuing today so I don't see how talks could have actually been broken down if they are happening today and in the days to continue," the European Commission spokeswoman said.

"Our working assumption remains that the United Kingdom is leaving the EU on the 31st of October as they have notified to us and as Prime Minister Johnson keeps reiterating. And again, the principle of sincere cooperation is very important," Andreeva added.

With just weeks remaining, Johnson's move has run into trouble with several British lawmakers against a "no-deal" Brexit.

Amid the uncertainty over Johnson's Brexit's plan, Ireland's finance minister Paschal Donohoe said today that the country's 2020 budget includes a $1.3 billion relief fund to cushion the economic blow if Britain leaves the European Union without a deal.

"I am today announcing a package of over euros $1.3 billion, excluding EU funding, to respond to Brexit", Donohoe said. "This is a budget that has been developed in the shadow of Brexit. And the context of Brexit has now shifted to no deal as our central assumption. This does not mean that no deal is inevitable, but equally we stand ready if it does happen," Ireland's finance minister added.

Meanwhile, The Institute for Fiscal Studies (IFS), a leading think tank warned that Britain's debt burden would jump to its highest level in 50 years if it leaves the EU without a deal.

The IFS  said that a no-deal Brexit would likely lead to borrowing approaching £100 billion or four per cent of Britain's GDP.