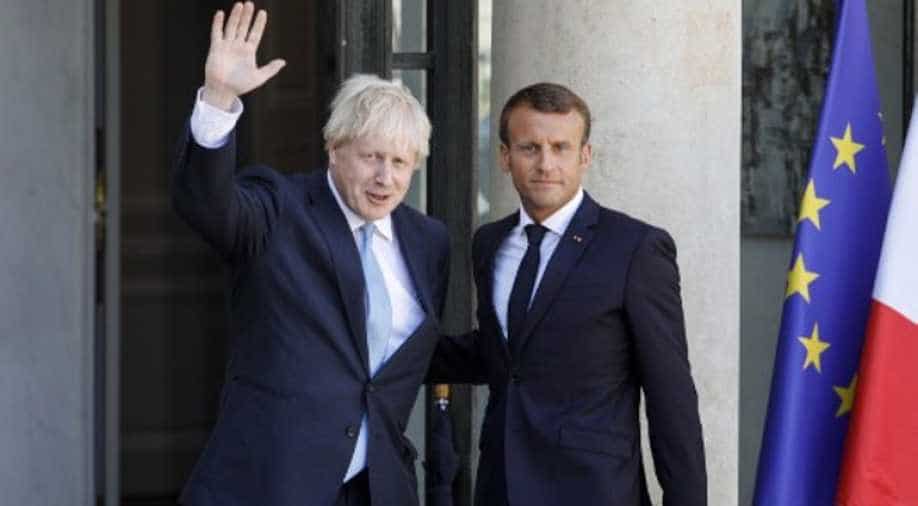 With just 24 days before the United Kingdom is due to leave the EU, both sides are positioning themselves to avoid blame for a delay or a disorderly no-deal Brexit.

Prime Minister Boris Johnson told the European Union on Monday that the Brexit ball was in its court and that the bloc should now urgently discuss in detail his proposal for breaking the deadlock ahead of Britain's scheduled departure on October 31.

With just 24 days before the United Kingdom is due to leave the EU, both sides are positioning themselves to avoid blame for a delay or a disorderly no-deal Brexit.

EU leaders reacted coolly to Johnson's last-ditch proposals to bridge the impasse, indicating just how far apart the two sides are over the first departure of a sovereign state from the EU, which was forged from Europe's ruins after World War Two.

"What we're saying to our friends is (that) this is a very generous, fair and reasonable offer we've made. What we'd like to hear from you now is what your thoughts are," Johnson told reporters.

"If you have issues with any of the proposals that we've come up with, then let's get into the detail and discuss them," he said, reiterating his position that the United Kingdom would leave the EU on Oct. 31.

At stake are the unity of the United Kingdom, global growth and the future shape of the European project.

Johnson made his proposal to the EU last Wednesday, offering a possible compromise on the Irish border - the most contentious issue - that drew a polite but cool reception from the EU.

He went further than many had expected on trying to solve the dilemma over the border between British-ruled Northern Ireland and EU member Ireland by proposing an all-island regulatory zone to cover all goods.

This would replace the so-called "backstop" arrangement he says Britain cannot accept.

However, Northern Ireland would leave the EU's customs area along with the rest of the UK and the province's institutions would have the power to remain in or to exit the regulatory zone - possibly a step too far for Ireland and the EU.

"The president told him the negotiations should continue swiftly with Michel Barnier's team in coming days, in order to evaluate at the end of the week whether a deal is possible that respects European Union principles," the official said.

The EU must match the compromises made by Britain to secure a Brexit deal, Johnson's spokesman said on Monday.

The spokesman acknowledged that the talks on a Brexit deal were subject to time pressure, and said Johnson was engaging with foreign leaders on the plans he had proposed.

"We are ready to talk to the EU at pace to secure a deal so that we can move on and build a new partnership between the UK and the EU, but if this is to be possible, the EU must match the compromises that the UK has made," the spokesman said.

"The PM still believes there is an opportunity to get a deal done, but the EU must understand, in order to achieve that, the backstop has to be removed."

The backstop aims to avoid the imposition of any border checks on the island of Ireland after Brexit. Johnson argues that it would either split Northern Ireland from the rest of the United Kingdom in the area of customs or else risk trapping the whole UK in a permanent customs union with the EU.