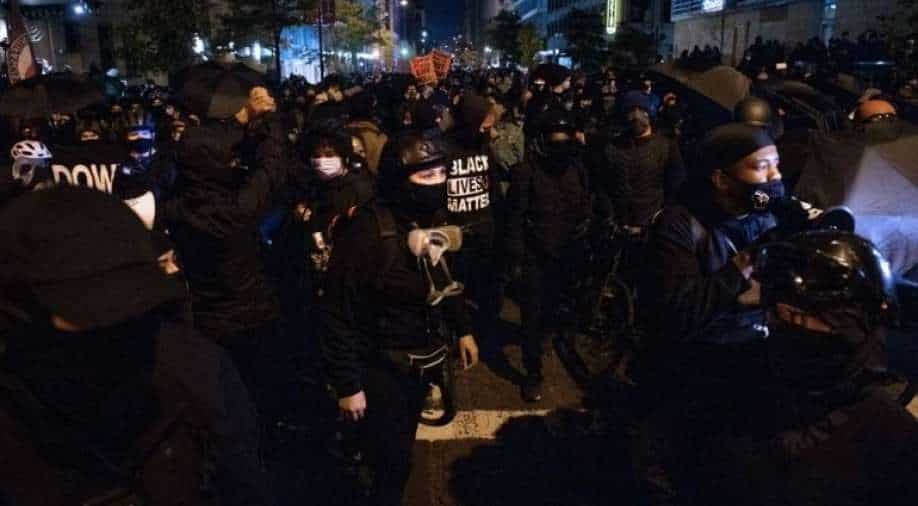 At least three people have been injured after a group of men went on a stabbing spree in Washington DC on the night of the US election results.

While the current President Donald Trump was busy filing a lawsuit against states alleging the system and his opponent  Joe Biden of being a fraud, the supporters of the two leaders clashed in the streets seeking justice for their leaders.

The Washington DC police department received a call for help around 2:26 am about a stabbing incident in the 1400 block of New York Avenue, Northwest that left two men and one woman injured with non-life threatening injuries.

DC Police Department is now on a lookout for three suspects. "Lookout is for Suspects (1 & 2) B/Ms wearing all black clothing and Suspect (3) B/F wearing black sweatpants w/ white stripe, orange leggings and a dark gray coat armed with a knife," the unit tweeted.

As per local media reports, the suspects injured at least three and slashed a few others in the incident. One of the men has been identified as the leader of the White supremacist group Proud Boys, Bevelyn Beatty. However, it is not clear if he was the attacker or the victims, at this point.

The incident was captured on several videos, which has been circulating on social media platforms, Twitter and Facebook.

Victims claimed they were returning home after watching the US election results in a bar when they were attacked by a group of men. The victims can also be seen fighting back and saying "I am bleeding" in the videos.

The police is still on a lookout for the suspects and has not yet released the identities.