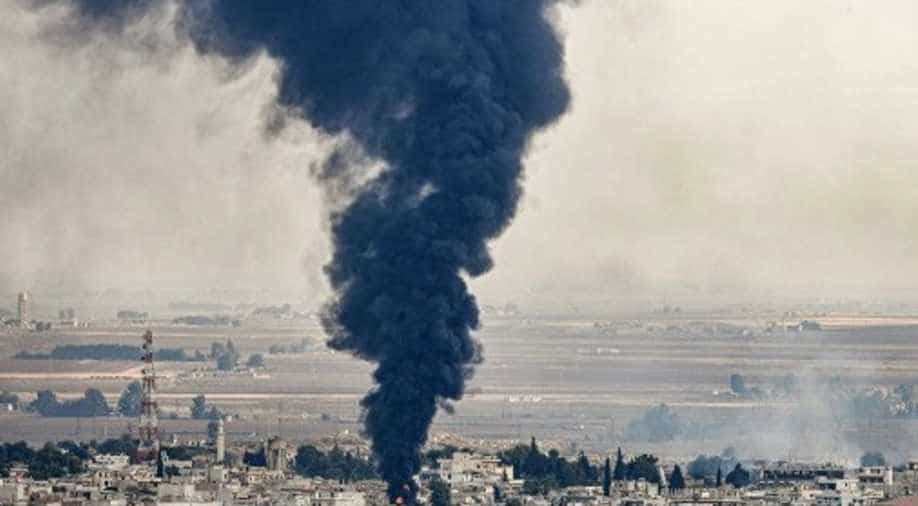 At least 13 people have died Saturday in a car bomb blast near a market in a Syrian border town controlled by Turkish forces, Ankara and a rights watchdog said.

"Based on first findings, 13 civilians were killed and around 20 others injured" in the explosion in the northeastern town of Tal Ayab, Turkey's defence ministry said in a statement.

It blamed the attack on the Syrian Kurdish People's Protection Units (YPG) militia, which it sees as "terrorist" offshoot of the outlawed Kurdistan Workers' Party (PKK).

The PKK, which has waged an insurgency against the Turkish state since 1984, is blacklisted as a terror group by Ankara and its Western allies.

But the YPG under the Syrian Democratic Forces (SDF) banner spearheaded the fight against the Islamic State group in Syria with US support.

A 120-kilometre "safe zone" area between the Syrian towns of Tal Abyad and Ras al-Ain was established as part of an October 17 deal between Ankara and Washington, involving a ceasefire and the YPG's full withdrawal from the stretch.

On Friday, Turkish troops began joint patrols with Russian forces in northern Syria to ensure the withdrawal of Kurdish fighters.

The group did not comment on who was behind the attack.