At least 10 US troops killed and many injured in Kabul airport attack: Pentagon 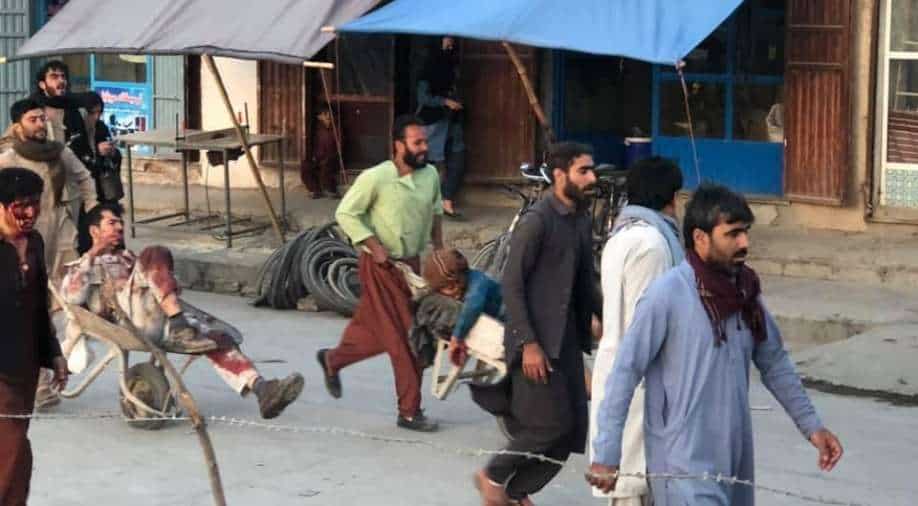 At least 10 US troops, including four Marines, have been killed in the twin bomb attack that took place near the Kabul Airport on Thursday, and several others have been injured.

"We can confirm that a number of US service members were killed in today's complex attack on Kabul airport," spokesman John Kirby confirmed. "A number of others are being treated for wounds."

A statement from the Pentagon confirmed the news that several US troops have been killed in the attack and many others are being treated for their injuries.

"We can confirm that a number of U.S. service members were killed in today’s complex attack at Kabul airport. A number of others are being treated for wounds. We also know that a number of Afghans fell victim to this heinous attack," the statement read. "Our thoughts and prayers go out to the loved ones and teammates of all those killed and injured." 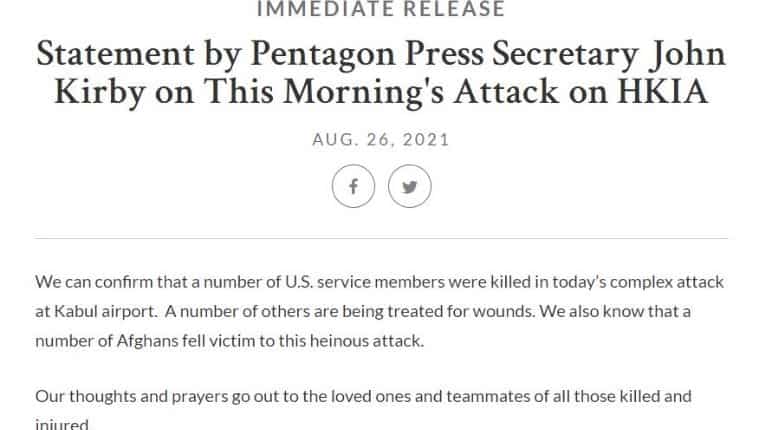 Meanwhile, Taliban also openly condemned these blasts labelling it to be 'evil circles'. "The Islamic Emirate strongly condemns the bombing of civilians at Kabul airport, which took place in an area where US forces are responsible for security," a tweet from the official Twitter account of the spokesman of Islamic Emirate of Afghanistan, Zabihullah Mujahid, read. "The Islamic Emirate is paying close attention to the security and protection of its people, and evil circles will be strictly stopped."

The US suspects that the Kabul airport attacks have been carried out by members of Islamic State-Khorasan, who were reportedly unhappy with Taliban’s takeover of Afghanistan.