At least 10 dead in Boko Haram attack in Nigeria 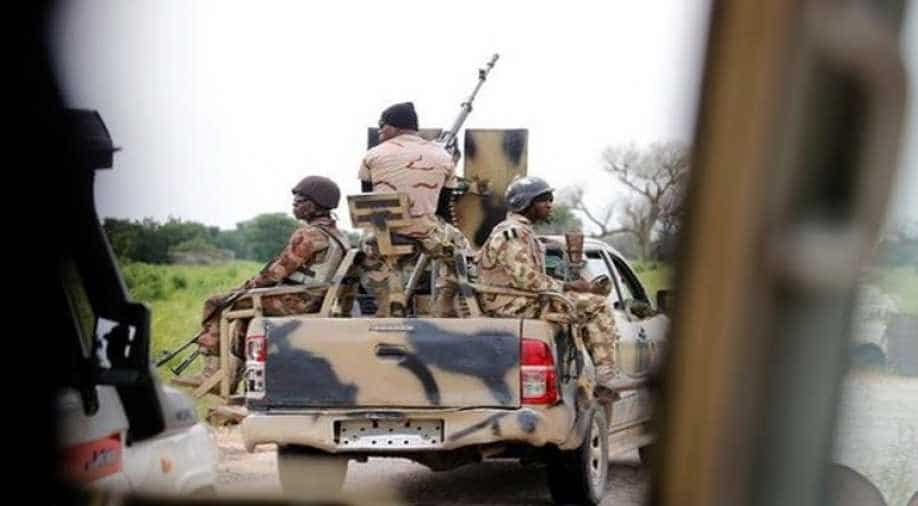 Fighters in six trucks attacked the villages of Shafa, Azare and Tashan Alade in Borno state on Saturday and set fire to homes and public buildings while firing sporadically at residents

Fighters in six trucks attacked the villages of Shafa, Azare and Tashan Alade in Borno state on Saturday and set fire to homes and public buildings while firing sporadically at residents.

The assailants went from village to village. In Azare, they "burnt a police station and killed two policemen, a member of the civil defence and a vigilante," another militiaman Bulus James said.

The attack forced residents to flee into the bush amid shooting from the militants.

"We recovered five dead bodies with gunshots on them from the bush along with six women with gunshot injuries," James said.

"They were all hit while trying to escape," he added.

In Tashan Alade, residents fled into the hills overlooking the village before the assailants arrived, resident Luka Musa said.

"When they came they went on a burning spree, burning three churches, three houses and a drug store," Musa said.

Boko Haram has stepped up attacks in recent days.

In a video it released on Saturday the group claimed responsibility for a Christmas Eve attack on a village in which 11 people died as well as the kidnap of a priest who appeared in the video.

On Thursday dozens of loggers were kidnapped and three killed near the border with Cameroon.

Boko Haram and a splinter group known as ISWAP have killed 36,000 people in the northeast and forced roughly two million to flee since 2009, according to the United Nations.