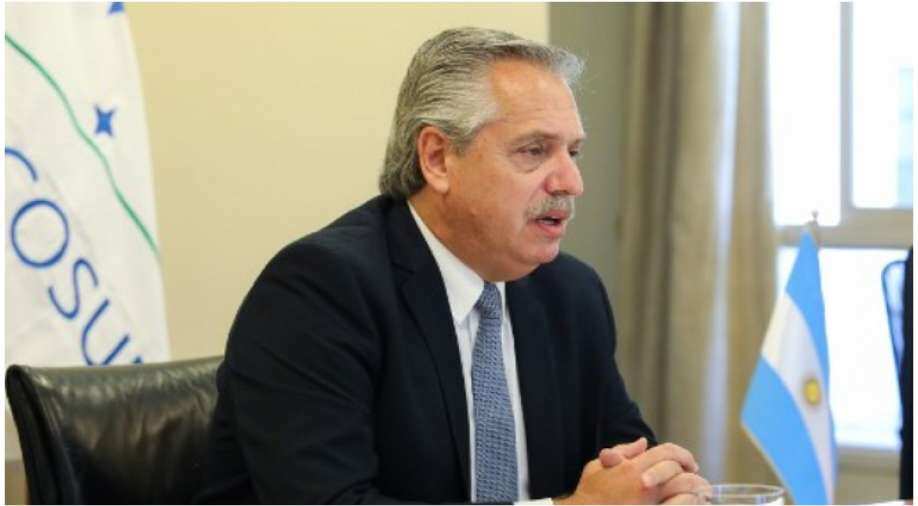 Argentina's President Alberto Fernandez will head to Europe and meet Pope Francis in the Vatican as the country looks to secure a repayment deal with the International Monetary Fund.

The crisis-hit South American country is due to start repaying the $44 billion loan this year but in March Fernandez said the debt in its current form was "unpayable."

In recession since 2018, Argentina must also repay a $2.8 billion loan with the Paris Club of creditor countries that provide sustainable solutions to debtor countries.

Those included three of the countries Fernandez will visit: France, Italy and Spain.

Fernandez is due to arrive in Portugal on Sunday to meet his counterpart, Marcelo Rebelo de Sousa, while Economy Minister Martin Guzman, Foreign Affairs Minister Felipe Sola, and first lady Fabiola Yanez will also make the trip to Europe.

On Monday afternoon he will head to Spain to meet King Felipe VI and Prime Minister Pedro Sanchez.

French President Emmanuel Macron will host Fernandez at the Elysee Palace on Wednesday and the next day fellow Argentine Pope Francis will welcome him to the Vatican before a final meeting with Italian President Sergio Mattarella and Prime Minister Mario Draghi.