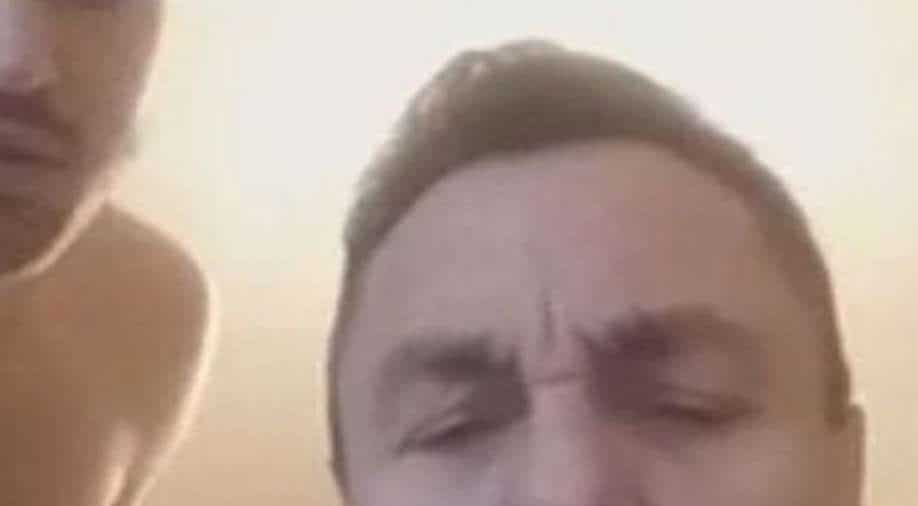 'It's probably the responsibility of every member of parliament to ensure that no other people appear in their home environment,' the Chairman warned

The year 2020 has given us a lot of video meeting moments to laugh at, be it children of lawmakers popping up from behind during TV interviews or children coming up with ways to disrupt classes. However, what stole the show this year is when anti-LGBT lawmaker from Lithuania was spotted with a semi-naked man during a Parliament meeting.

A Lithuanian MP Petras Grazulis is known to be an outspoken critic of the LGBTQ community in his country and has often publically criticised the idea of Pride marches and has even compared homosexuality with paedophilia.

During a Parliamentary meeting, Grazulis, who had a word document open on his system, was suddenly spotted with a sem-naked man popping from behind him on the screen. The man has not been identified as his face was half-visible. It is, however, not clear if the MP was decently-dressed or not as only his head was visible.

The duo is spotted looking at the screen for a few moments — as if to fix some error — before the document took over the screen again.

The MP has not given a straight answer yet as to who the person was. Grazulis, however, was not happy with the reaction and meeting everyone's expectations, responded angrily to the reactions. He earlier claimed it was his son helping him fix something on his system and then changed his story claiming the semi-naked man was Andrius Tapinas, a journalist who has been "persecuting him for a long time".

"He's haunting me everywhere, it's no wonder that he got here," Grazulis said.

While the local media and people took a hit at the irony of the situation, the Chairman of the parliamentary committee Vytautas Juozapaitis expressed concern over 'onlookers' being present during such meetings as he feels it can be risky considering sensitive information is discussed in these meetings.

"It's probably the responsibility of every member of parliament to ensure that no other people appear in their home environment..," said Juozapaitis. "It's a question of why are they half-naked during working hours. Of course, you could say it's a person's private life, but he is connected to a Seimas (parliament) meeting."