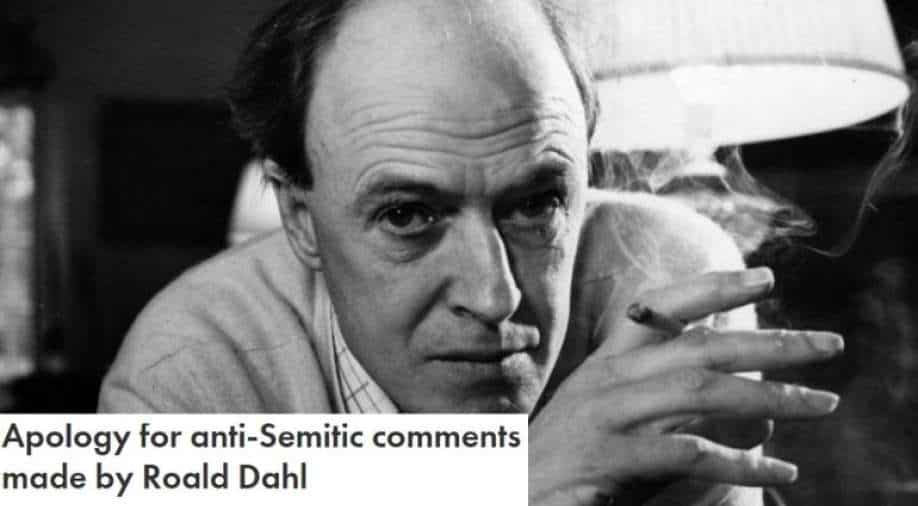 'Even a stinker like Hitler didn't just pick on them for no reason,' Roald Dahl had commented

The famous British author Roald Dahl was known for his creations such as 'Matilda' and 'Charlie And The Chocolate Factory'. However, recently, he became infamous for passing offensive remarks in an interview with a magazine in 1983.

In an interview with the New Statesman magazine, Dahl had said, "there is a trait in the Jewish character that does provoke animosity, maybe it's a kind of lack of generosity towards non-Jews."

"I mean, there's always a reason why anti-anything crops up anywhere.

"Even a stinker like Hitler didn't just pick on them for no reason."

His comments were noticed recently and had attracted a lot of criticism, even from his fans. While nothing was said at the moment, his family has now issued an apology on his official website.

"The Dahl family and the Roald Dahl Story Company deeply apologise for the lasting and understandable hurt caused by some of Roald Dahl’s statements," the statement read.

The apology was posted on the website quietly in subheads of the massive and colourful website and has not been dated, making it difficult to understand when was the apology issued.

"Those prejudiced remarks are incomprehensible to us and stand in marked contrast to the man we knew and to the values at the heart of Roald Dahl's stories, which have positively impacted young people for generations," the family said.

His family also urged people to move past the offensive remarks and give Dahl another chance to bring joy in their lives through his creations. "We hope that, just as he did at his best, at his absolute worst, Roald Dahl can help remind us of the lasting impact of words," the statement read.

Dahl had passed away on November 23, 1990 in the Oxford town of the UK at the age of 74. He died of a are cancer of the blood, myelodysplastic syndrome.