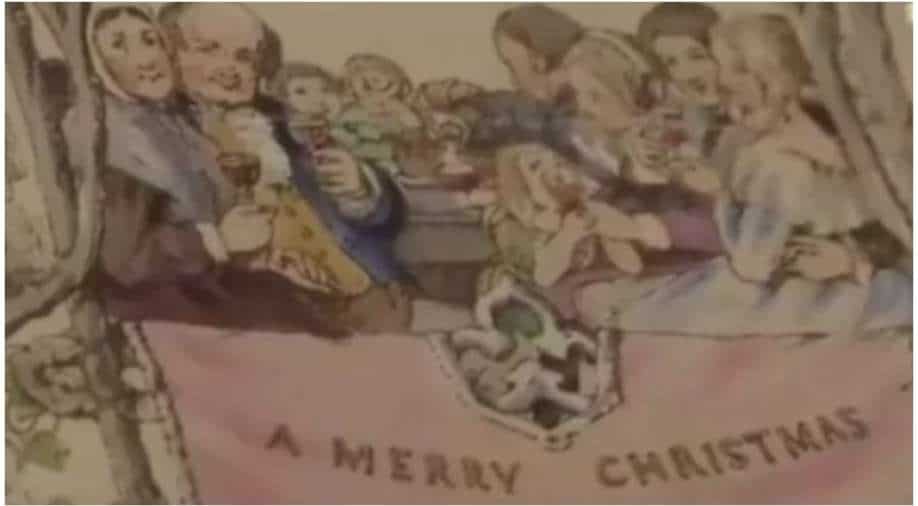 Wishing our loved ones on Christmas, giving gifts and greeting cards is something that seems absolutely normal. But it wasn't so more than a century ago

How can a simple act of extending festive wishes cause a scandal? That too when the festival brings the entire family together? But it did happen over the first commercially printed Christmas card more than 150 years ago.

Wishing our loved ones on Christmas, giving gifts and greeting cards is something that seems absolutely normal. But it wasn't so more than a century ago. Christmas was a festival celebrated with fervour, yes. But the idea of commercially printing Christmas greeting cards wasn't as widespread.

And incidentally, the very first such card created a controversy, so much so that a Christmas card could not be printed three years after that.

This card was printed in England. It was designed by Henry Cole and illustrated by John Callcott Horsley. It was printed in 1843, the same year 'A Christmas Carol' was published by Charles Dickens.

Just 1000 of these cards were printed. The card prominently featured a picture of a family happily celebrating Christmas. Puritans of the era were angry at the card.

Well, the reason for puritans' anger was in the picture itself. The picture depicted a young girl in the family playfully sipping wine from her parent's glass. If you take a look at the picture the girl is quite visible.

Although the depiction is enough to give an impression of innocence, the Christmas card angered the traditional set of the society. So much was the anger that such a card could not be printed for next three years.

What do you think? Was the anger justified?