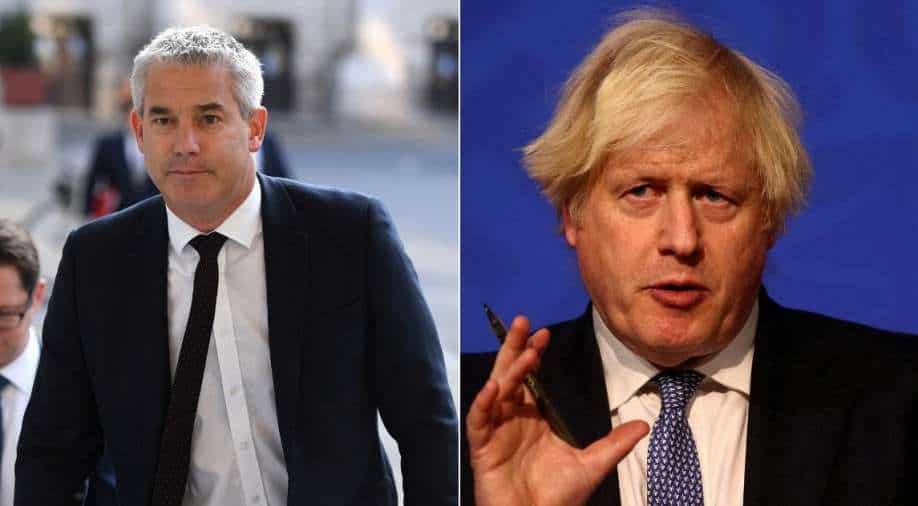 This is a combined photo of Steve Barclay (L) and Boris Johnson (R). Photograph:( Reuters )

The United Kingdom Prime Minister Boris Johnson has hired former Brexit minister Steve Barclay as the new chief of staff in an attempt to rebuild his scandal-hit team.

After a series of controversies at Downing Street and some resignations by key staff members, Johnson is looking forward to making more changes at No 10 to save his premiership.

"The changes I'm announcing to my senior team today will improve how No 10 operates, strengthen the role of my Cabinet and backbench colleagues, and accelerate our defining mission to level up the country," the UK Prime Minister said in a statement as quoted by Reuters.

Barclay, who is currently the Cabinet Office minister, will oversee the running of Downing Street as he is set to combine his ministerial duties with his new job.

In other changes, local media reported that former news presenter Guto Harri, 55, will be the new communications chief.

Recently, Munira Mirza, the head of policy who had worked with him for 14 years, resigned on Thursday over Johnson's claim that Labour leader Keir Starmer failed to prosecute paedophile Jimmy Savile during his time as director of public prosecutions (DPP).

ALSO READ | Four of Johnson's closest aides desert him, as he seeks a fresh start

Johnson has repeatedly refused to resign over reports that he and some of his staff attended Downing Street parties during coronavirus (COVID-19) lockdowns.

Johnson has admitted that problems needed to be fixed at the heart of Downing Street.

Meanwhile, a police investigation is underway over lockdown-breaching gatherings when they were banned across the country.