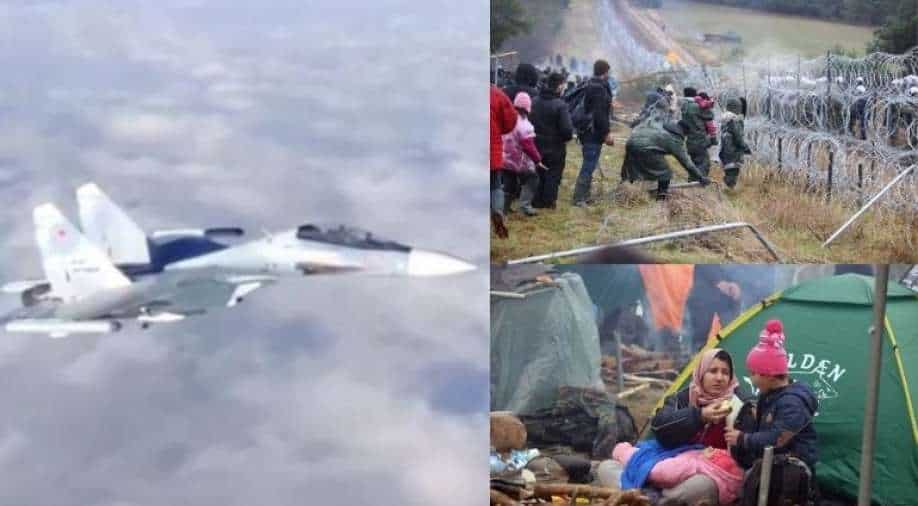 The Russian defence ministry added that the nuclear-capable fighter jets were Tu-22M3 bombers. Russia said claims by Polish Prime Minister that Putin's regime was responsible for the migrant crisis was 'irresponsible and unacceptable'.

Amid tension at the Polish border over the migrant crisis, Russia said claims by Polish Prime Minister Mateusz Morawiecki that Putin's regime was responsible was "unacceptable".

The the nuclear-capable fighter jets were Tu-22M3 bombers which conducted tests on the two countries' joint air defence system, it said.

Polish PM Morawiecki had earlier accused Belarus of "state terrorism" as thousands of migrants gathered at the border while saying that he believed it was "quiet revenge" by Lukashenko for supporting the opposition.

Reports claimed migrants tried to breach the border once again as Polish authorities pushed them back. The migrants are mainly from the Middle East who have been trying to enter Europe.

Amid the escalating crisis, German President Angela Merkel called Putin to stop the "instrumentalisation of migrants by the Belarusian regime" declaring that it was "inhumane and unacceptable".

Watch: Migrant crisis at border between Poland and Belarus

The Russian president reportedly said the EU should directly speak to Lukashenko over the crisis.

Migrants continued to pour along the Poland-Belarus border braving the sub-zero temperatures as Polish guards continued to block their entry.

Reports said Polish authorities have detained at least 50 migrants as the country's defence ministry said there were attacks on the Polish border in several places.