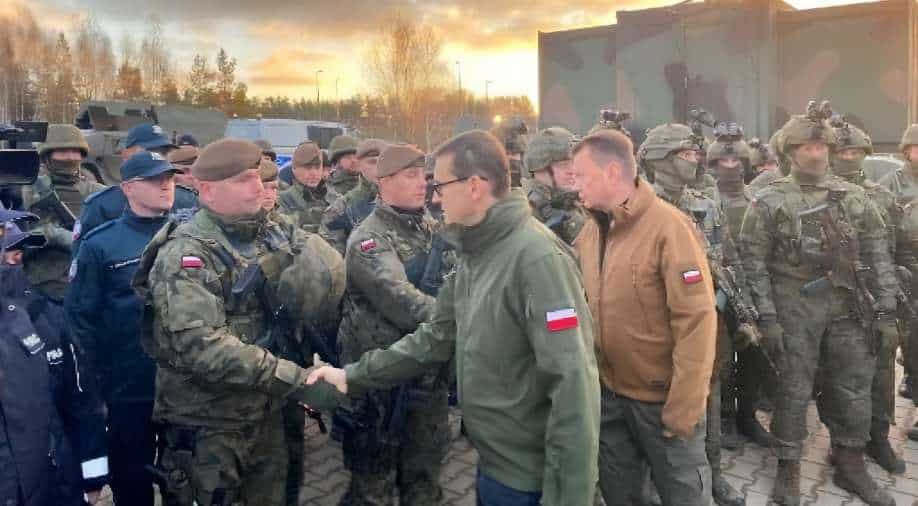 According to the Poland's Prime Minister Mateusz Morawiecki, the situation at the border is part of Russia's campaign to destabilise an area that it ruled during the Soviet era.

"(Belarusian leader) Lukashenko is the executor of the latest assault, but this assault has a sponsor who is to be found in Moscow, and this sponsor is President Putin," Morawiecki said during an emergency debate in the Polish parliament.

At least 2,000 migrants are stranded at the border in subzero temperatures.

According to the prime minister, the situation at the border is part of Russia's campaign to destabilise an area that it ruled during the Soviet era.

"Our eastern border's security is being blatantly compromised."

"This is the first time in 30 years that we can declare our borders' integrity is being tested," he added.

According to Moscow and Minsk, the Russian and Belarussian leaders spoke by phone on Tuesday about the border tensions between Poland and Belarus.

Belarus's president, Alexander Lukashenko, disputes that the country is sending individuals over the border in retaliation for EU sanctions.

Poland reinforced its border with Belarus with additional riot police a day after parties attempted to storm a barbed-wire barrier.

Thousands of migrants and refugees remain en masse on Poland's eastern border, on the brink of the European Union.

The European Union said on Tuesday that it is keeping a close eye on 20 nations, including Russia, for their suspected involvement in the transfer of migrants to Belarus, which Brussels accuses of coordinating the flood of migrants at its external frontiers.

Thirteen countries have been sanctioned for allegedly transporting migrants to Minsk via planes.