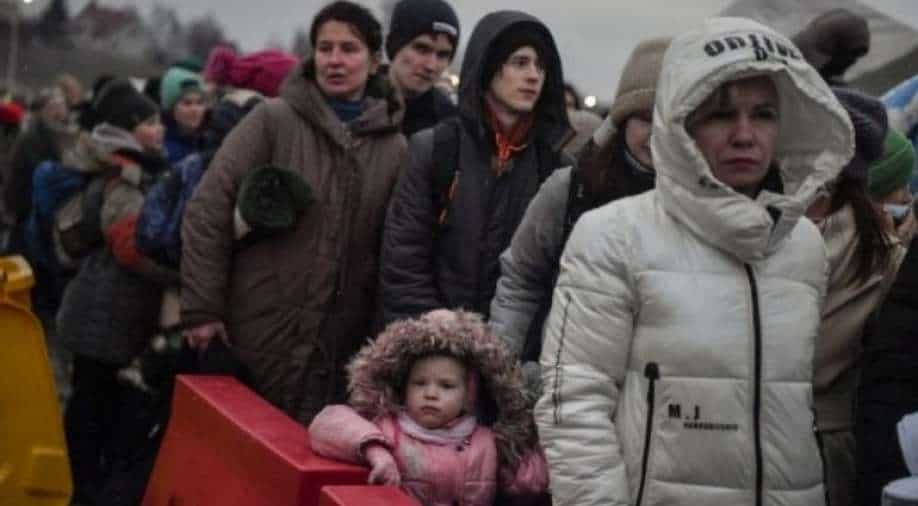 As a result of Moscow and Kyiv's agreement on Wednesday, more corridors were opened, offering a sliver of hope to civilians trapped in bombarded cities. Photograph:( AFP )

Rights groups in neighbouring countries have said that they had seen cases of trafficking, missing children, extortion and exploitation

As the situation in Ukraine intensifies and chaos across the border increases, several aid groups and volunteers have claimed that the children are going missing. Cases of human trafficking are also being reported.

Rights groups in neighbouring countries have said that they had seen cases of trafficking, missing children, extortion and exploitation.

Karolina Wierzbińska a coordinator from Homo Faber, a human rights organisation based in Poland said, "This is obviously extremely distressing for a child and can lead to them wandering around the station alone, disoriented and in the worst-case scenario, disappearing altogether. This, unfortunately, is not a hypothetical case – it has happened already."

“We are also already getting reports of cases of human trafficking and women being offered work in Poland only to find the workplace is illegitimate, the employer is mistreating them, refusing to pay their salary on time. There are cases of extortion of personal documents or money.”

The Russia-Ukraine conflict has forced several people to flee the invasion.

In this difficult time, several people in the Polish communities on the border have looked to help the refugees in a heart-warming way.

These people have filled the area at Przemyśl station, which is the first train stop for refugees, who enter Poland via the Medyka border crossing, with jackets, toys, stuffed animals, strollers, carriers, diapers and even walkers for the elderly.

With this gesture, the refugees are getting greeted with the things of basic needs just at the moment they step off the train onto the platform at the station.