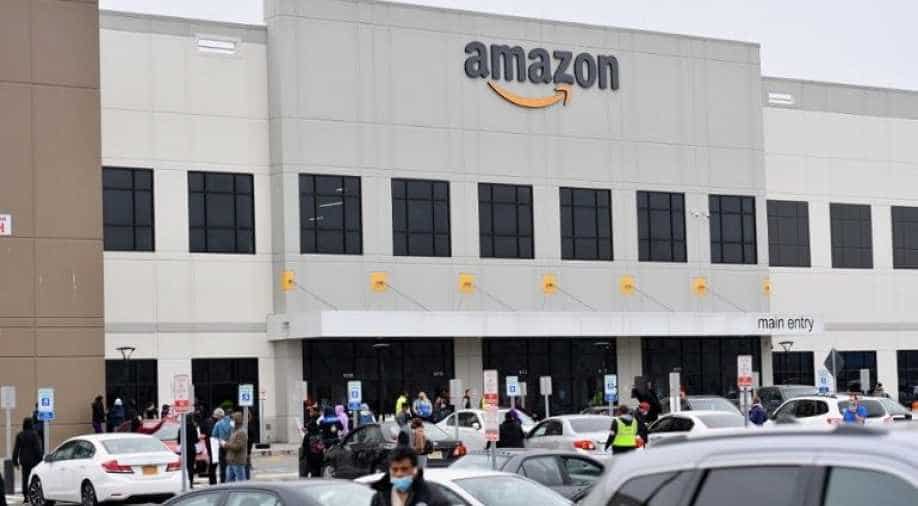 Workers in an Amazon warehouse in New York City, alongside Instacart delivery workers are currently protesting against the ever-increasing risks involved in working given the severity of the coronavirus in the United States, where over 3,000 people have died owing to the pandemic.

The workers at the frontline of ensuring the supply chain remains unaffected, as stores in the city increasingly run out of supplies, and even food!

Almost 50 - 60 per cent of Amazon employees recently staged a walkout in the borough of Staten Island, and demanded the facility be shut down and sanitised. Recently, a worker from the facility had tested positive for coronavirus.

When AFP reached out to Amazon for a statement, they responded and claimed that the statement by Small is “misleading”, and that he has been ordered to stay under quarantine.

“Like all businesses grappling with the ongoing coronavirus pandemic, we are working hard to keep employees safe while serving communities and the most vulnerable,” Amazon said in a statement.

“We have taken extreme measures to keep people safe”, the statement added.

However, Amazon was quick to fire Smalls after he gave the statement.

The company claims that he was fired for not complying with their quarantine policies. He was ordered to self-isolate after coming in contact with a person who had tested positive for the virus.

According to them, by participating in the protest, he had put everybody at risk. They called it “unacceptable”, while claiming that 15 out of 5,000 employees had participated in the protest.

The State Attorney of New York referred to his dismissal as “disgraceful” and asserted that it was within his rights to protest against unethical company policies.

“At a time when so many New Yorkers are struggling and are deeply concerned about their safety, this action was also immoral and inhumane,” she said in a statement.

AFP reported that James, the attorney, is looking at ways to reinstate his job at the company.

An Amazon-owned grocery chain Whole Foods has also been affected by protests as workers ask for a “sickout” or a full-day halt today while demanding better health measures.

Going by “Whole Worker”, the group is seeking paid leaves for workers who are isolating themselves.

As millions continue to self-isolate in a bid to contain the virus, the burden on companies like Amazon is increasing.

Even in Southern California, workers are demanding sanitisation of the facilities, and free testing for all employees. Additionally, they want a two week complete shut off!

Companies like Amazon play a huge role in ensuring the chain of supply when local stores cannot keep up with the demand, and as people hoard up out of panic.