Al-Shabaab attacks US base, EU convoy in Somalia 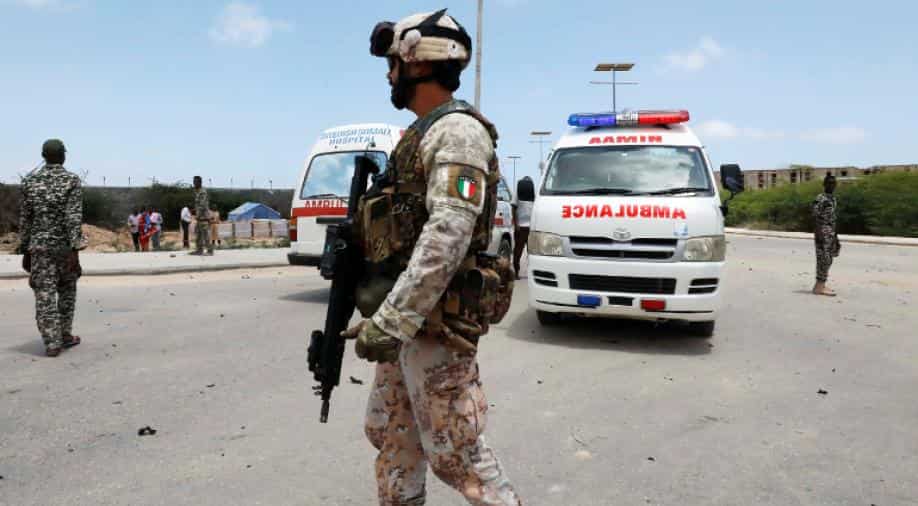 There was heavy exchange of gunfire after the blasts, according to witnesses.

The Al-Shabaab terrorist group struck a United States airbase in Somalia and a convoy of European Union military advisers in separate attacks on Monday, a security officer and witnesses said.

"Two heavy explosions occurred, the first one bigger than the other. There was also a heavy exchange of gunfire after the blasts but we don't know about the details," Mohamed Adan, a Somali elder close to the scene of the attack on the US base at Baledogle, said.

Omar Abikar, a Somali security officer, confirmed the second, separate attack in the capital Mogadishu on Monday morning against a convoy carrying EU advisers, adding "there are casualties".

In a statement, Al-Shabaab said: "In the early hours of Monday morning, an elite unit of soldiers... launched a daring raid on the US military base".

"After breaching the perimeter of the heavily fortified base, the Mujahideen (holy fighters) stormed the military complex, engaging the crusaders in an intense firefight."

"The security forces stopped this ultimately failed attack due to their alertness and swift response, not allowing the attackers to breach the outer defensive perimeters of the base," the mission said in a statement.

"We are thankful that there were no SNA (Somali National Army) casualties between the multiple attacks."

Baledogle is a major launching site for US drone operations against Al-Shabaab, an Al-Qaeda-linked group which controls large parts of Somalia, and the Islamic State in Somalia outfit.