Aid worker Nazanin Zaghari-Ratcliffe gets her passport back, may be released by Iran 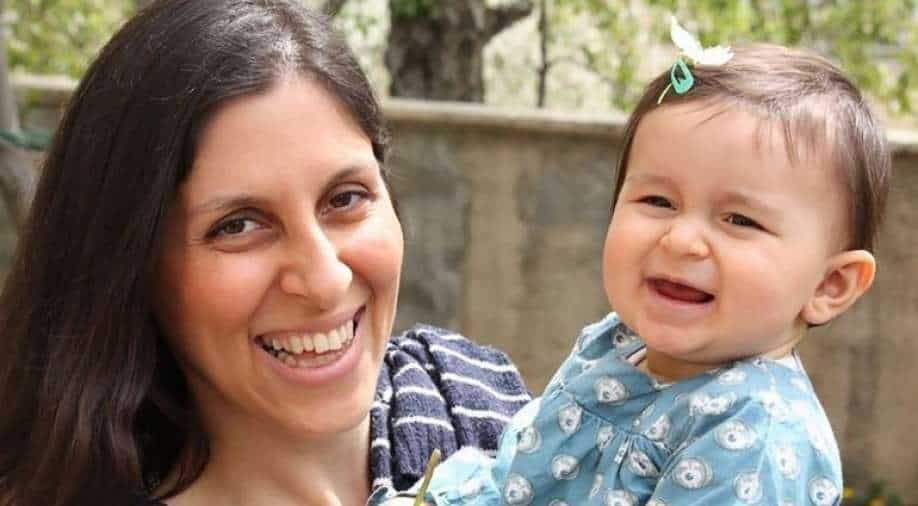 In this file photo, Nazanin Zaghari-Ratcliffe (L) can be seen posing for a photograph with her daughter Gabriella Photograph:( AFP )

"She is still at her family home in Tehran. I also understand that there is a British negotiating team in Tehran right now," she added on Twitter.

I am very pleased to say that Nazanin Zaghari-Ratcliffe has been given her British passport back.

She is still at her family home in Tehran. I also understand that there is a British negotiating team in Tehran right now.

I will keep posting updates as I get them.#FreeNazanin

Siddiq's comment follows reports that London and Tehran may be close to resolving a long-standing dispute over a debt dating back to the time of the Shah of Iran.

Nazanin is an Iranian-British dual citizen who has been detained in Iran since 3 April 2016.

In early September 2016, she was sentenced to five years in prison after being found guilty of "plotting to topple the Iranian government."

Her husband, Richard Ratcliffe, believes his wife is being held as a political pawn until the debt of £400 million ($520 million, 475 million euros) for defence equipment is resolved.

Negotiations for the release of a British-Iranian charity worker who’s been detained by Iran since 2016 have intensified, her lawyer said in an interview, adding that she may be freed in the “next few days.”

Hojjat Kermani said he was “very hopeful” that Nazanin Zaghari-Ratcliffe would soon be released. He said his view was based on meetings and discussions he had had with the Iranian judiciary about the case of the Zaghari-Ratcliffe

Asked if Britain had a negotiating team out in Iran, Prime Minister Boris Johnson's spokesman said: "I'm not going to get into further speculation at this point".

Resolving the dispute could clear the way for the release of other UK nationals held in Iran.

Also see | Prisoners who could be freed alongside Iran nuclear deal

On the debt, the Foreign Commonwealth and Development Office said, "We continue to explore options to resolve this case and will not comment further as discussions are ongoing."

Asked about reports on the possible release of Zaghari-Ratcliffe, a spokesman added, ''We have long called for the release of unfairly detained British nationals in Iran.''

Iran's clerical establishment says Britain owes the money that Iran's Shah paid up front for 1,750 Chieftain tanks and other vehicles, almost none of which were eventually delivered after the Islamic Revolution of 1979 toppled the US-backed leader.

While the British and Iranian governments have said there is no connection between the debt and the case of Zaghari-Ratcliffe, Iranian state media in 2021 reported unidentified Iranian officials saying she would be freed once the debt was paid.

Zaghari-Ratcliffe was freed from prison with an electronic tag in March 2020 because of the coronavirus pandemic but she has been held in Iran under a form of house arrests ever since.