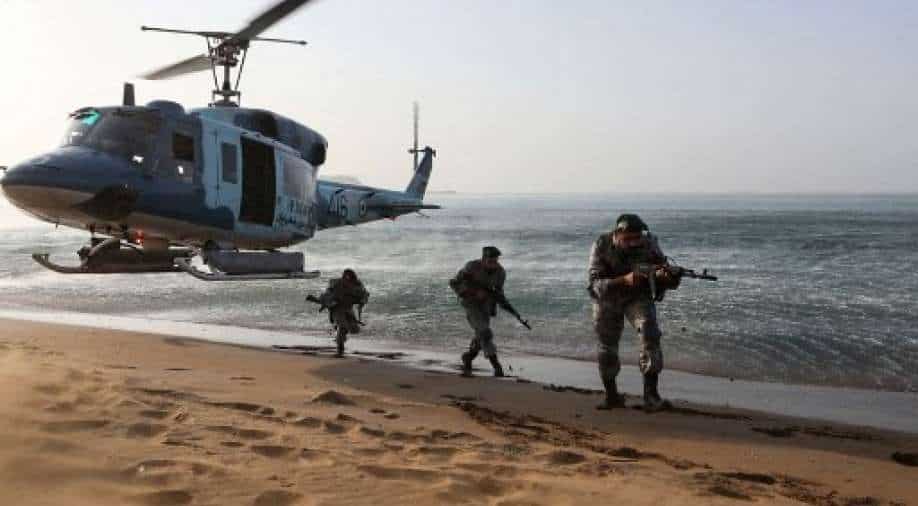 Iran's army said homegrown drones  Ababil-3, Yasir, Sadeq, Mohajer-4 will also be part of the exercise even as the country prepares to restart the stalled nuclear talks with western nations.

Iran's military on Sunday launched a major military exercise in the Gulf of Oman, reports said.

The drills named “Zolfaqar-1400” come just days ahead of the nuclear talks with western powers which is set to begin on November 29.

Iran's army said homegrown drones  Ababil-3, Yasir, Sadeq, Mohajer-4 will also be part of the exercise. The drills will be carried out over a wide area stretching from the Strait of Hormuz to the northern part of the Indian Ocean.

Reports said Iran will also be using reconnaissance and combat drones as its air defence units will target mock targets.

Iran's latest move comes as nuclear talks are set to begin after a five-month gap to revive the 2015 nuclear deal even as Raisi's regime seeks complete lifting of US sanctions imposed by the former Trump administration.

Also Read: US slaps sanctions on Iran drone programme ahead of nuclear talks

President Ebrahim Raisi had earlier asserted that although the country won't leave the negotiating table but it will also "not retreat".

President Trump had pulled the United States out of the nuclear deal with Iran and had reimposed sanctions on the country's oil and financial sectors as the country restarted its nuclear programme.

Hassan Salami, the commander of the Revolutionary Guards in a defiant message recently claimed that the country had emerged stronger despite US "policies and strategies".