After Musk claims pyramids were built by aliens, an Egyptian official refutes his theory 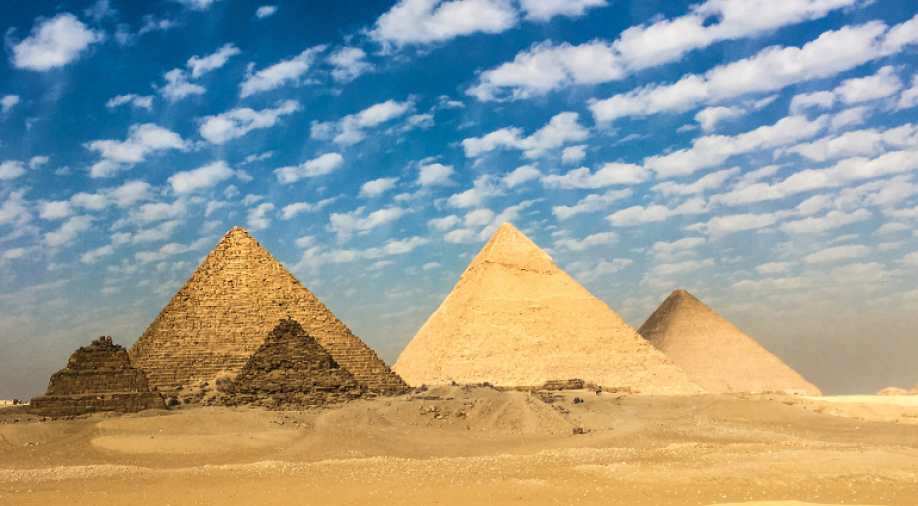 The Great Pyramids of Giza. Image source: Flickr via Mark Fischer. Photograph:( Others )

Musk’s tweet about aliens building the pyramids received 85,000 retweets and has been liked by 542,000 people on the platform

A conspiracy theory which finds itself a lot of traction on social media from time to time, believes that besides building the pyramids, aliens may have used it to garner energy from the planet.

However, Egypt’s international co-operation minister recently hit out at Musk, all the while inviting him to visit the pyramids.

The minister claimed that the tombs of pyramid builders discovered in 1990s prove that the structures were put in place by ancient Egyptians.

Musk’s tweet about aliens building the pyramids received 85,000 retweets and has been liked by 542,000 people on the platform.

The minister - Rania al-Mashat while inviting Musk to the country claimed that she admired his work. Additionally, she asked to visit and analyse the pyramids for further research.

I follow your work with a lot of admiration. I invite you & Space X to explore the writings about how the pyramids were built and also to check out the tombs of the pyramid builders. Mr. Musk, we are waiting for you 🚀. @elonmusk https://t.co/Xlr7EoPXX4

In another response coming in from the country, an archaeologist - Zahi Hawass claimed that Musk was “hallucinating”, and that this argument bore no evidence.

Hawass said that the discovery of the tombs of the pyramid builders prove that they were built by Egyptians and not slaves, as commonly believed.

Hours after stirring emotions on Twitter, Musk tweeted out a story about the lives of pyramid builders, while adding that Great Pyramid in Giza remains the most famous.

The pyramids were largely built to serve as tombs for the country’s royalty, with over 100 pyramids surviving in the country. Giza alone, stands at a height of 137 metres.

Musk is no stranger to such odd musings on Twitter.