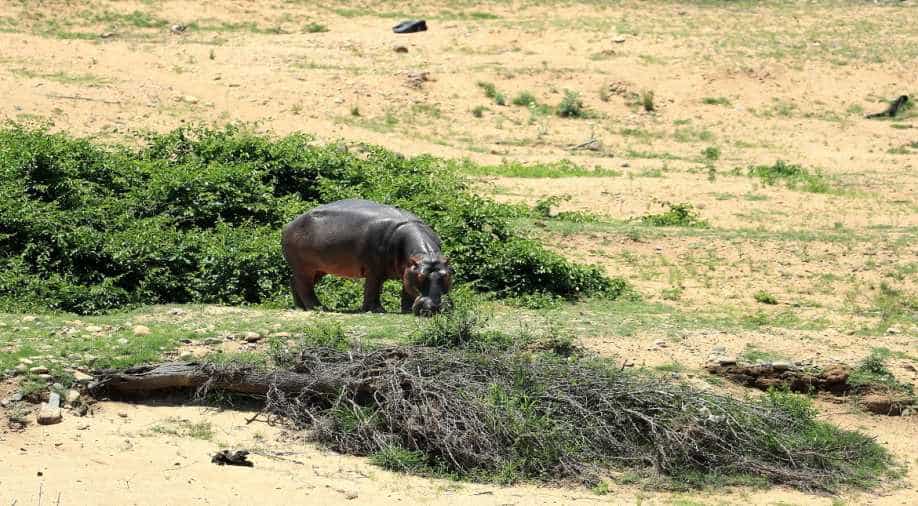 The deadly virus has infected a 14-year-old hippo Imani and a 41-year-old hippo Hermien. Both of them have not shown any major symptoms except for a runny nose

Antwerp Zoo in Belgium on Friday announced that two hippopotamuses have tested positive for the deadly coronavirus. While the deadly virus was earlier seen as a major threat to humans, it is now affecting wildlife as well.

The zoo has been shut until further notice.

Antwerp Zoo vet Francis Vercammen while speaking to the Associated Press said, "To my knowledge, it’s the first recorded contamination among this species. Throughout the world this virus has mostly been seen in great apes and felines."

The deadly virus has infected a 14-year-old hippo Imani and a 41-year-old hippo Hermien. Both of them have not shown any major symptoms except for a runny nose. As per AP, the zoo employees who worked with the hippos have tested negative for the virus.

They have been strictly asked to wear a mask, and disinfect their shoes before handling the infected animals. This comes a day after Canada has detected coronavirus cases in three white-tailed deer. According to the National Centre for

"COVID-19 remains largely a disease of human concern and typically spreads from human to human. Adhering to public health advice and getting fully vaccinated are key ways to protect against COVID-19," read the statement.

Meanwhile, earlier in November, cases of Alpha variant of Covid virus were detected in pets when two cats and dogs tested positive in a PCR test.

In addition to these animals, two other cats and a dog displayed antibodies 2-6 weeks after developing signs of cardiac disease.