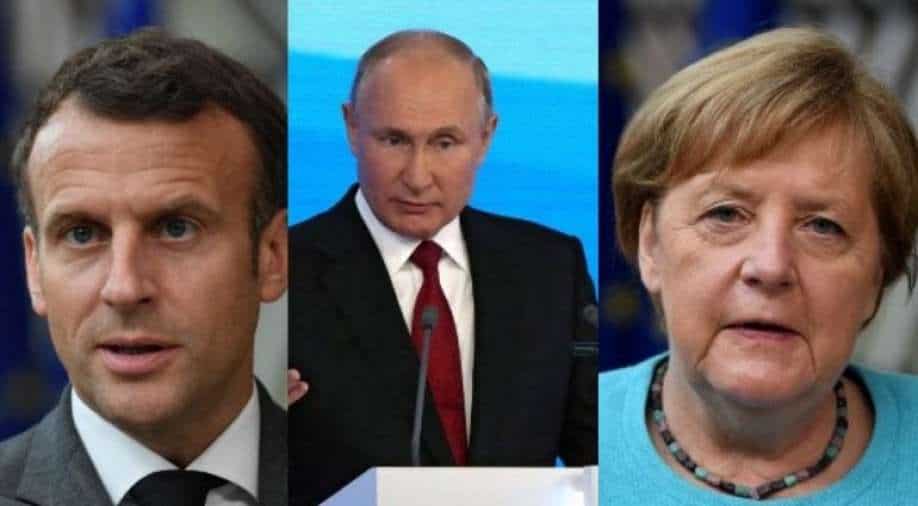 The last EU-Russia summit was held in January 2014 just before Russia annexed Ukraine's Crimea as relations between the EU and Russia nosedived.

"It is not enough for the US president to talk to the Russian president. I very much welcome that, but the EU must also create forums for dialogue," the German Chancellor told parliament on Thursday.

French and German envoys had proposed holding a summit with Putin just days after US President Biden held summit talks with the Russian president in Geneva.

EU and Russia have several points of conflicts with the standoff in Ukraine and Belarus taking centre stage.

Kremlin said it was open to the idea of dialogue. The last EU-Russia summit was held in January 2014 just before Russia annexed Ukraine's Crimea as relations between the EU and Russia nosedived.

However, not all EU countries are willing to hold a dialogue with Putin. Poland, Netherlands and the Baltic states want some kind of assurance from the Russian president as a precondition.

Ukraine's foreign minister Dmytro Kuleba opposed the idea asserting that the EU-Russia summit would be a "dangerous deviation" from the EU's sanctions policy.

Macron said talks with Putin will be demanding since the EU will not give up its "values". Merkel and Macron believe the EU should engage with Russia on issues of mutual interest namely the Iran nuclear deal, climate change among others although the exact nature of the talks remains unclear.

The development comes after US President Biden met with Putin in Geneva, Switzerland where the two leaders openly spoke about Russia's alleged cyberattack, the Navalny row and other contentious issues.

Biden had said Putin had assured him that the two countries will work together on Iran and agreed on bilateral strategic stability dialogue, a move which Chancellor Merkel and President Macron believe are common grounds for the EU.