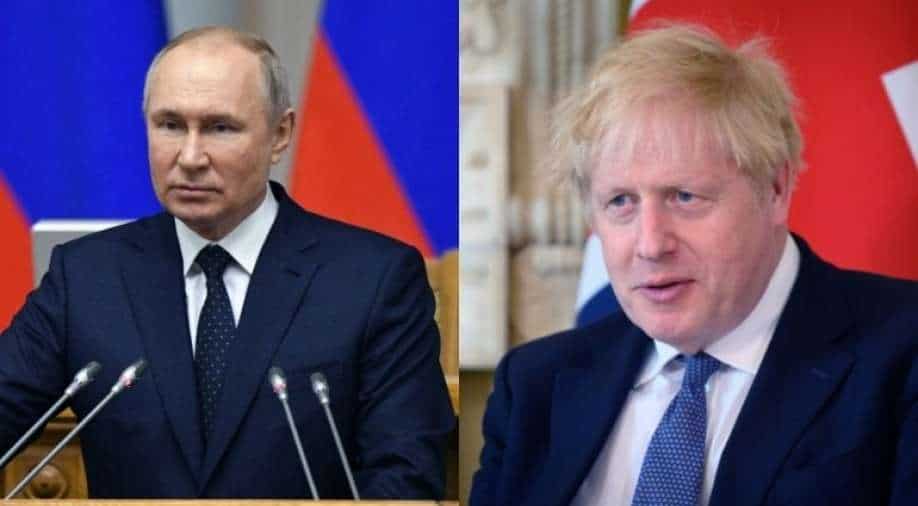 Britain said Russia was sowing inaccuracies and disputed Russia's account, saying no warning shots had been fired and that no bombs had been dropped in the path of the Royal Navy destroyer Defender

Russia has warned Britain against unacceptable ''provocation'' in the Black Sea after it fired warning shots at a British navy destroyer for violating the country's territorial waters, but the UK denied the incident had occurred.

Incidents involving Western aircraft and ships are not uncommon at Russia's borders, especially during heightened tensions with Washington, Brussels and London, but rarely result in open fire.

Britain said Russia was sowing inaccuracies and disputed Russia's account, saying no warning shots had been fired and that no bombs had been dropped in the path of the Royal Navy destroyer Defender.

British Foreign Secretary Dominic Raab told reporters during a visit to Singapore: "No shots were fired at HMS Defender."

"The Royal Navy ship was conducting innocent passage through Ukrainian territorial waters. We were doing so in accordance with international law and the Russian characterisation is predictably inaccurate."

"We believe it was a deliberate and premeditated provocation," Kremlin spokesman Dmitry Peskov said of the incident, in which Moscow said it fired warning shots and dropped bombs in the path of the British destroyer.

"In the event of a repeat of unacceptable provocative action - if those actions go too far, no options can be ruled out in terms of legally defending Russia's borders," Peskov told reporters.

Ukraine's Foreign Minister Dmytro Kuleba on Wednesday slammed Russia's "aggressive and provocative policy" in the Black Sea region, describing it on Twitter as a "constant threat" to Kiev and its allies.

At the height of tensions over Ukraine this spring after Russia built up troops on its border and in Crimea, Moscow stepped up military exercises in the Black Sea and Washington warned it would send two warships.

Those ships were never dispatched, as Russia pulled back its forces and the tensions eased.

The Black Sea, which Russia uses to project its power in the Mediterranean, has for centuries been a flashpoint between Russia and its competitors such as Turkey, France, Britain, and the United States.

Russia seized and annexed the Crimea peninsula from Ukraine in 2014 and considers areas around its coast to be Russian waters. Western countries deem the Crimea to be part of Ukraine and reject Russia's claim to the seas around it.