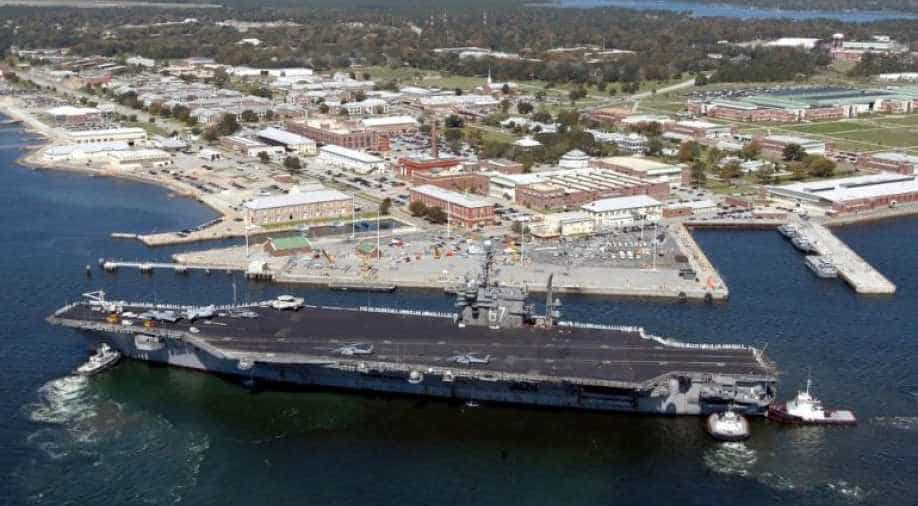 'Both gates of NASP are currently secured due to reports of an active shooter,' a statement released by the base on its Facebook page stated.

A shooter, who was reported on Friday at Florida's Naval Air Station Pensacola, was shot dead by the authorities, news agency AFP reported.

"Confirm there is no longer an active shooter on NAS Pensacola. The shooter is confirmed dead," Escambia County Sheriff's Office tweeted out.

"Unknown number of injured people being transferred to local hospitals."

Both gates of NASP are currently secured due to reports of an active shooter. More information will be provided as it becomes available.

In a statement released on its social page, the naval base had earlier stated that, "both gates of NASP are currently secured due to reports of an active shooter. More information will be provided as it becomes available".

The incident comes after a US sailor fatally shot two people and wounded a third at the Pearl Harbour Naval Shipyard in Hawaii on Wednesday before committing suicide.

#UPDATE: A second victim has been confirmed deceased.

The two people killed were Department of Defence civilian employees, while a third civilian was wounded but "in stable condition at (an) area hospital," an official said.

A spokeswoman for the Joint Base Pearl Harbour-Hickam confirmed that a shooting had taken place.

Indian Air Force officials on Thursday said that Air Chief Marshal RKS Bhadauria was attending a conference at the historic military base Pearl Harbour near Hawai in America when it was put under lock-down as authorities were responding to a shooting incident.