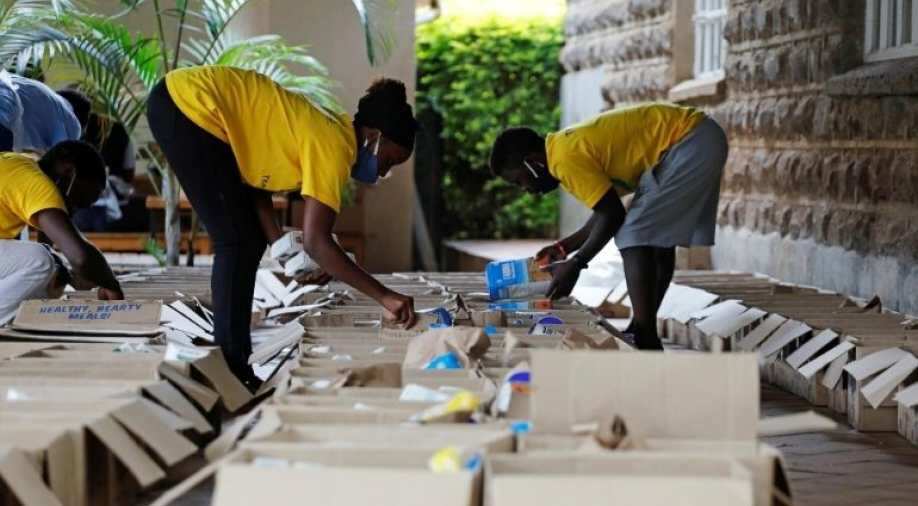 Workers of the Team Pankaj aid group pack boxes with food donations to be distributed for people in need in the capital's poorest neighbourhoods, in Nairobi, Kenya, April 14, 2020. Picture taken April 14, 2020 Photograph:( Reuters )

At least 483 workers were killed, abducted, or wounded in 2019, marking the highest number since 1997, when the organisation started recording numbers

Over the last year, 277 major attacks against aid workers took place, a new research has found.

Humanitarian Outcomes, an independent humanitarian research organisation on Monday claimed that a major spike was witnessed in violent attacks against aid workers.

At least 483 workers were killed, abducted, or wounded in 2019, marking the highest number since 1997, when the organisation started recording numbers.

"The ability to help vulnerable civilians in their hour of greatest need is a sign of civilisation; it's a right under international law," Jan Egeland, Secretary General of the Norwegian Refugee Council, said while responding to the numbers.

Also read: Four environmental activists were killed every week in 2019 across the globe

"But we are seeing an increasing number of colleagues killed, abducted, wounded ... If aid workers are not protected, lifelines will falter”, Egeland added.

A whopping 40 per cent of the fatalities were among health workers, which is the highest percentage ever recorded, as per the “Aid Worker Security Report” due to be released later this month.

Syria has been named the most violent country for aid workers, with 47 attacks recorded last year. At least 36 aid workers were killed in the war-torn country.

The Democratic Republic of Congo also recorded an increase in the number of attacks on humanitarian workers. Over 50 per cent of the 27 violent attacks were against health workers, partly in response to the Ebola outbreak, asserted Humanitarian Outcomes.

Most violence against aid workers was committed by armed groups, with attacks potentially crippling the access to resources for those who need it.