A, E, L, X: A Belgian couple named their 11 kids using variations of these four letters 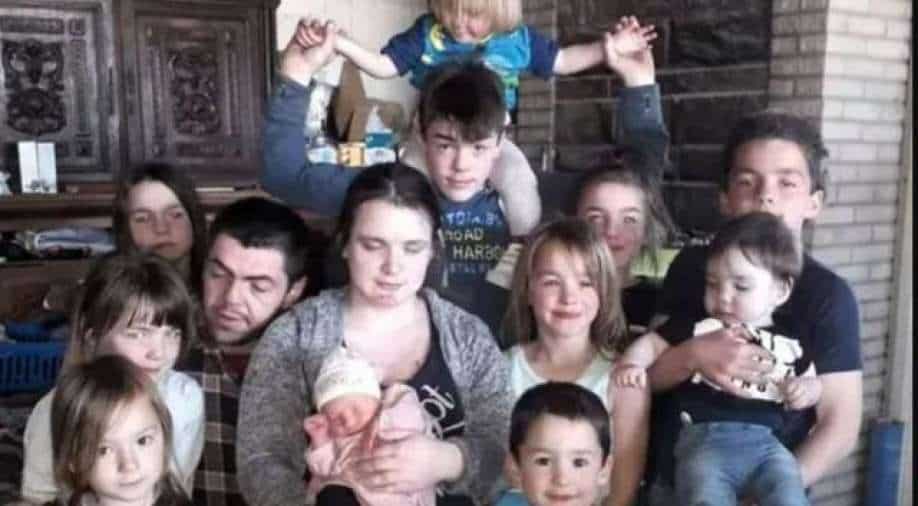 Gwenny Blanckaert and Marino Vaneeno with their 11 children Photograph:( Facebook )

A Belgian couple has grabbed headlines after they named their 11 children based on different variations of the same four English alphabets – A, E, L, and X.

The family of seven girls and four boys is also expecting baby number 12 – a boy – in April next year.

Gwenny, 32, revealed that the tradition began with the birth of their second child.

“My elder eldest son’s name is Alex, after Marino's stepfather because it was a beautiful name,” she told HLN, a Dutch news portal.

“The name of our second son became Axel and after that, we started puzzling. We realised that they were the same letters, so we decided to continue like this,” she was quoted as saying.

In 2019, Gwenny and Marino said they planned to have more kids after giving birth to their ninth, who they named Xale, according to HLN.

The couple said they were “over the moon” about the birth of their new son.

“It will be a boy. That will bring the final score to 7-5. Seven girls and five boys,” Gwynne said.

The four letters reportedly allow for 24 more different names, but Gwenny Blanckaert and Marino said they have no intention of having more than 12 children.

“Right from the start, we had set the bar at twelve. And we will stick to that. The day that we sit around the table with twelve children, our family is complete,” she said.