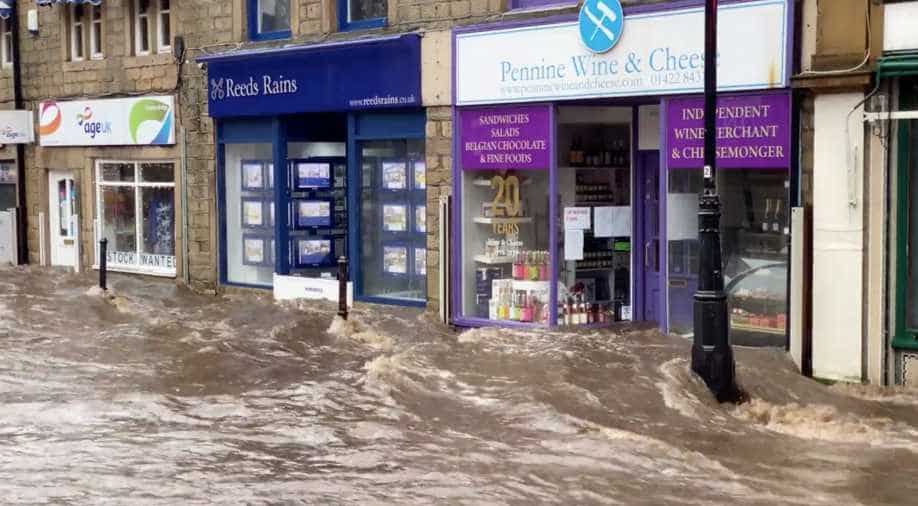 More than 200 flood warnings have been issued across Britain, which recorded a maximum wind speed of 93 miles per hour in wales.

Storm Ciara brought severe flooding and heavy winds to areas across Europe, killing at least five people, according to reports from news agencies and social media.

More than 200 flood warnings have been issued across Britain, which recorded a maximum wind speed of 93 miles per hour in wales.

One severe flood warning was put in place in Yorkshire in Northern England, where water was predicted to overflow flood defences and potentially threaten lives.

The historic English county of Yorkshire has been among the worst hit.

Vehicles were seen driving through flooded roads in the Northern English town of Brighouse as Storm Ciara swept in.

Meanwhile, a plane aborted landing at London's Heathrow airport after hurricane-force wind, prevented pilots from making a safe touch down.

The jet landed safely during a second attempt.

The storm has also wreaked havoc in other parts of Europe.  Thirty-five regions in northern France have been put on alert as strong winds destroyed properties.

Part of a building collapsed in the Belgian capital Brussels as Storm Ciara swept across the city.