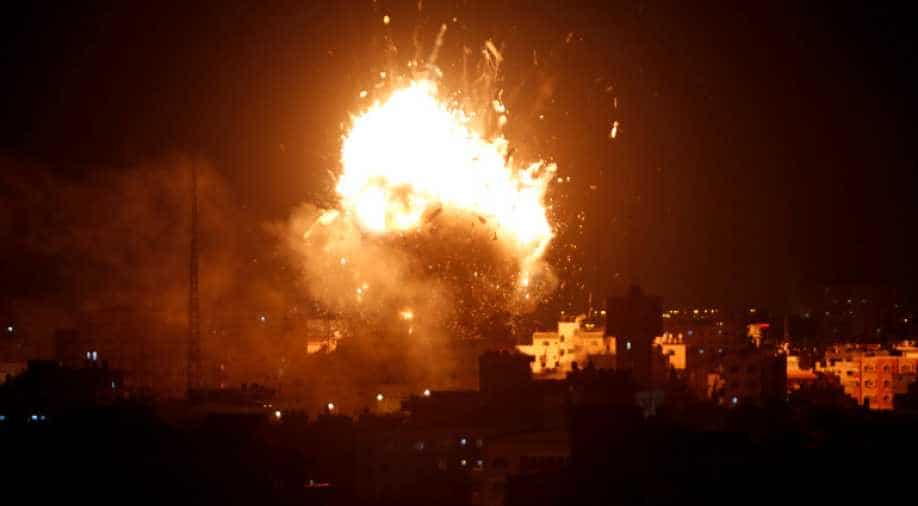 No injuries were immediately reported and workers were believed to have evacuated after the warning shots.

An Israeli air strike destroyed Hamas's Al-Aqsa TV building in the Gaza Strip on Monday after a series of warning shots, drawing threats of a harsh response from Palestinian militants.

The strike came as violence again flared between Israel and Palestinian militants in Gaza. Hamas confirmed that the building in Gaza City was destroyed, while Islamic Jihad vowed to respond to Israel's action.

No injuries were immediately reported and workers were believed to have evacuated after the warning shots.

The station began broadcasting again a short while after the strike from an undisclosed location.

It said the station is "owned and operated by Hamas".

Earlier Monday, Israel's aircraft struck Gaza, killing three Palestinians and wounding nine after a barrage of rocket fire into its territory from the enclave.

The flare-up came after a deadly Israeli special forces operation in the Gaza Strip on Sunday that left Hamas vowing revenge.

The army said an Israeli bus was hit by an anti-tank missile from the Gaza Strip, causing several injuries. A soldier was severely wounded, it said.

Medics reported at least six other Israelis wounded with a number of houses and civilian buildings struck by rockets.

Joint statements from Palestinian militant groups in Gaza, including Hamas, claimed responsibility for the rocket fire and the missile attack on the bus, which it said was being used by Israeli soldiers.

They said the rocket fire was in revenge for the deadly Israeli operation late Sunday.