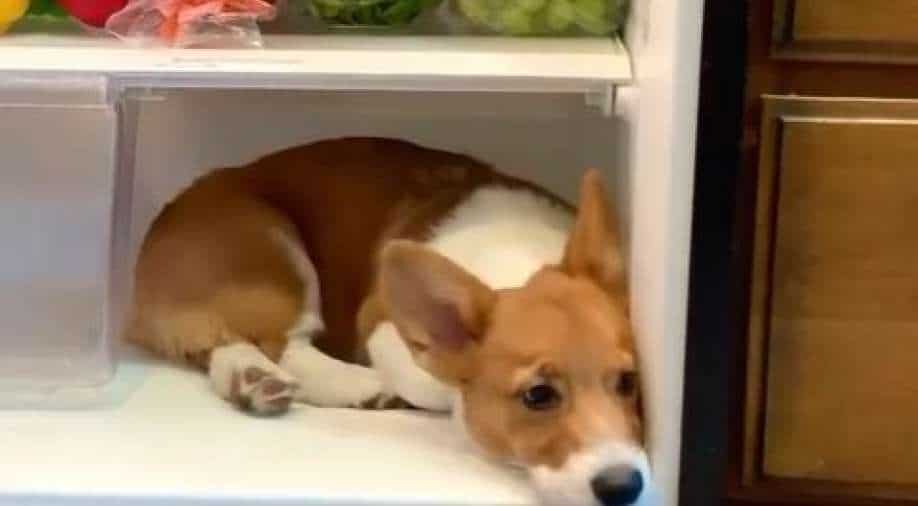 Instagram shared the video on their platform. The clip was originally shared on the doggo’s personal Insta page.

Dogs can brighten a person's day and make the world appear to be a better place.

A recent example is a video of a dog that has captivated the Internet.

People have praised the dog's attempt at 'cooling' in the video, which has gone viral.

The video depicts the corgi puppy, Gus Gus, standing in front of an open refrigerator.

On the top floors, the fridge is stocked with food, but there is an empty area at the bottom.

The dog is seen standing with his face to the camera at the beginning of the video.

He then turns around and walks into the refrigerator.

The dog lies down in the empty area, his face innocently staring out into the distance.

The video was posted on Instagram's official page with the comment "Just chilling."

Gus Gus was described as the "coolest dude around" in the post.