Watch: Man tries to strangle woman using his shoelace at US bus stop 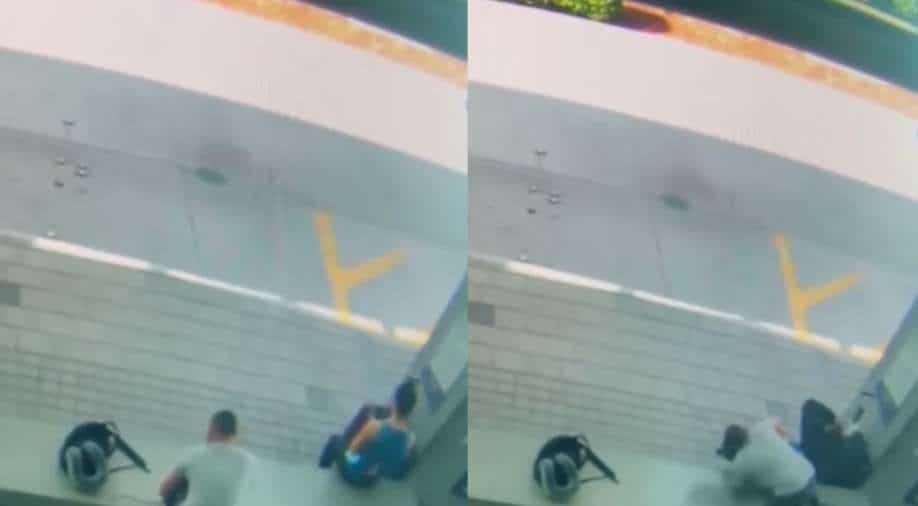 Man tries to strangle a woman using his shoelace at US bus stop Photograph:( Instagram )

The incident took place at a Miami-Dade transit bus stop around 11 am on January 2. It was captured by a surveillance camera

A shocking video that has surfaced on the internet shows a man in Florida trying to strangle a woman using his shoelace. Identified as Aaron K. Quinones, the man has now been charged with attempted felony murder. In the video, the man can be seen punching the woman multiple times as she struggles to somehow save her life.

The incident took place at a Miami-Dade transit bus stop around 11 am on January 2. It was captured by a surveillance camera. As per the police, the 27-years-old fled the scene after a man entered and tried to save the woman.

At the beginning of the video, Aaron can be seen standing behind the woman, pretending to tie his shoe. Suddenly, he takes off the lace as he casually sneaks up behind the victim.

He then tried to pull the lace around her neck, attempting to strangle her. Just when Aaron starts to get aggressive with the victim, a man comes in and interferes, trying to protect the woman.

"A good samaritan stepped in to stop the attack, and the subject fled on foot. Miami-Dade Fire Rescue responded and treated the victim on scene.  Officers patrolling the area located the subject matching the description provided by the dispatcher. The subject was arrested and charged accordingly. Officers want to speak to the good samaritan, who was not on the scene when they arrived," read a statement by the police.

The investigation is still ongoing.